Birth to Three came for their evaluation on Friday and, big sigh of relief, they think that everything is fine. He scored normally in all areas but in verbal expression. He was on the cusp based on his other forms of expression so they feel that he should speak fairly soon. He mimics sounds and inflections which is a great sign. Then, as if on cue, he went up to the two evaluators and said a very song-songy “Hiiiiiii”. He did that a few more times and his score was then bumped up. If we still have concerns in three months then we can get another evaluation.

In other news, The Husband was contacted again by a company in San Francisco to do a phone interview. He spoke to them before and they really liked him but wanted to entertain some internal candidates first. Apparently that didn’t go well so they reached out again. They talked last week and it went well so he will speaking to a VP this week. San Fran isn’t my first choice of the places we’ve been looking at but I sure wouldn’t turn it down!

Finally, whether you celebrate the Spring equinox, Easter, or Passover, I hope that everyone had a happy holiday! K had a blast searching for eggs and was very happy with his loot! 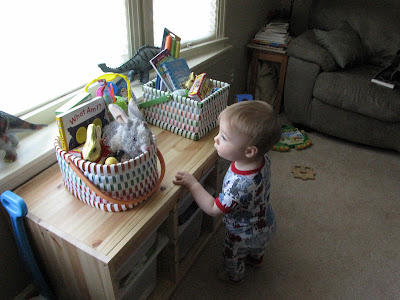 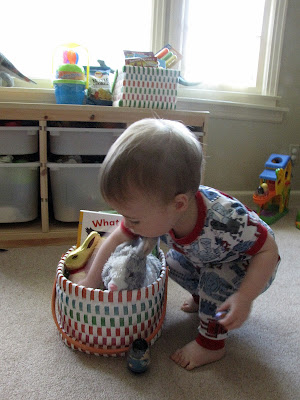 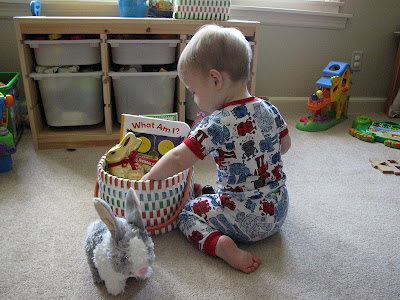 >So glad to hear that the testing went well! Hope the next few months are full of new vocal tricks!

>Yay!! Hopefully, he'll make leaps and bounds in the next three months.