Home » Make Your Own Game Time Pizza with DiGiorno
This post may contain affiliate and/or referral links. Please see my disclosure page for more information.

Make Your Own Game Time Pizza with DiGiorno

This past Sunday was game time. Our new home team was playing so we went to Walmart and picked up a couple of DiGiorno frozen pizzas to have for lunch during the game. They were on Rollback for $4.50 so how can you go wrong? I grabbed a Four Cheese pizza for The Husband and I because we like to put our own toppings on frozen pizzas to make them our own. It was pepperoni for the kids

I have to admit that we are a couple of pizza snobs. When we moved to Colorado we quickly found that the one thing we missed most about Connecticut was the pizza. New Haven pizza is, in my humble opinion, the best in the country. Sorry New York and Chicago.

I don’t know if it’s the altitude or just regional tastes but the crust here is often more like a cracker than a crust so we have been turning more to take and bake and frozen pizzas.

The kids just wanted some green pepper added to their pepperoni.

Looks good, doesn’t it? This was the first time any of us tried DiGiorno pizza and we all thought that it tasted better than the other frozen pizzas we’ve tried. It was all about the sauce! This may or may not be a good thing since it’s so easy to make and inexpensive to buy. Oh well. It has all your major food groups, right?

This ended up being the perfect game time lunch for us since it was quick, easy, and tasty. We got to watch the game and cheer our team on without spending a lot of time in the kitchen. The kids were happy, mom and dad were happy, our team won. It was a good day! 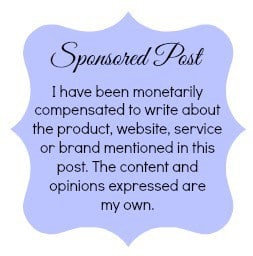 10 WordPress Plugins That I Can’t Live Without

I made pizza tonight and put pepper rings on my size of the pizza. Sadly, DH does NOT like pepper rings.

Thanks for sharing. I love pizza!

That pizza looks amazing for coming out of the freezer section. There are some days that all I want is a pizza but it just takes so much effort to get to the pizza place and I never want to spend the money to have them delivered.

All of those added toppings look delicious! I love that the pizza made everyone happy AND your team won! #client