Home » A Quick and Healthy Afternoon Snack
This post may contain affiliate and/or referral links. Please see my disclosure page for more information. 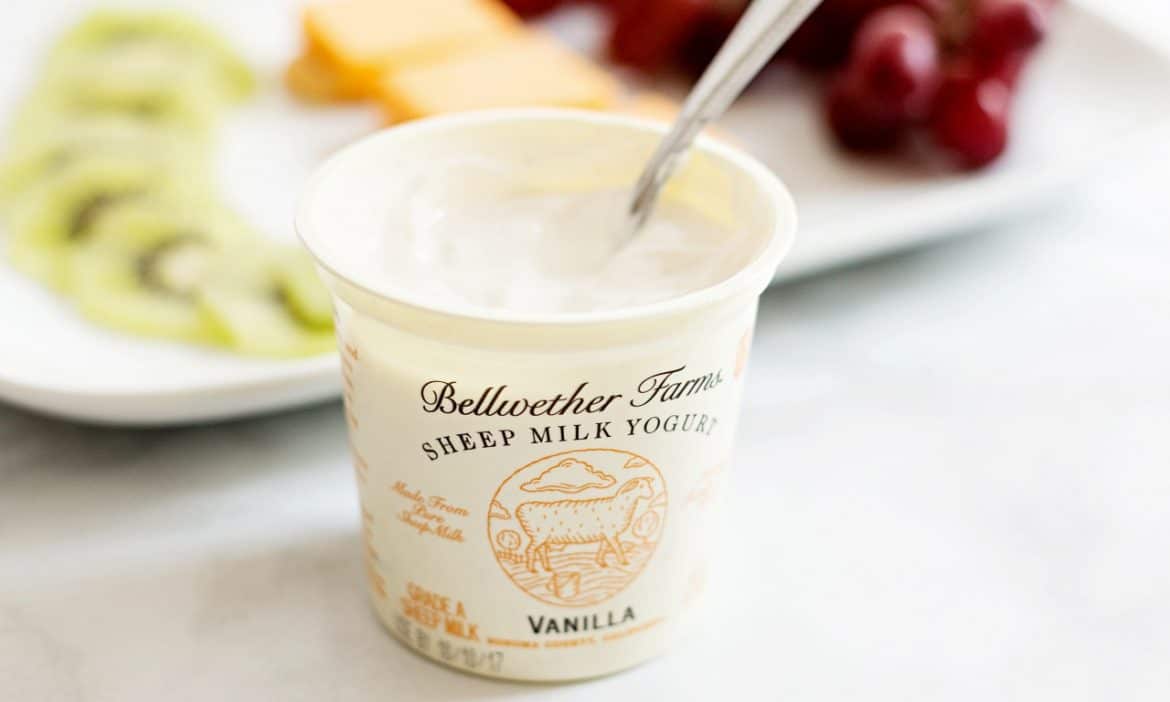 A Quick and Healthy Afternoon Snack

When your kids get home from school do they run in the house, drop their bag then raid the pantry? If your kids are anything like mine, they act like they haven’t eaten in a week. Of course, what they’re after isn’t always something healthy because what’s the fun in that? Instead, my kids go for all the carbs. It’s not that my kids don’t like healthy foods, they just don’t want to peel and cut things. Opening a box is much easier.

In my attempt to curb this behavior, I have started cutting up healthier foods before they get home so they can just grab them and go. It’s already done for them so there are no excuses not to eat healthy foods. 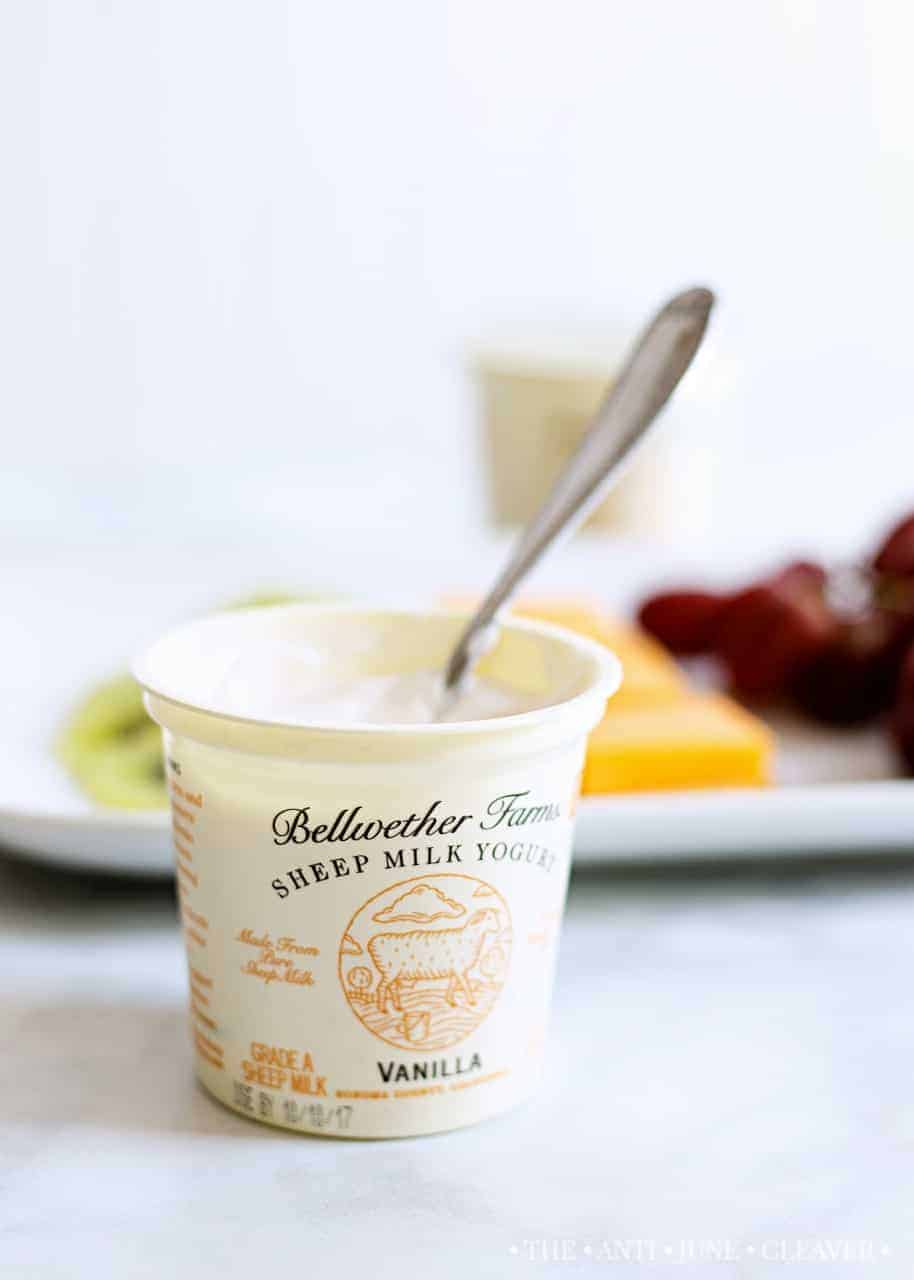 I’m not reinventing the wheel here or anything, but I find that I get busy during the day and in the afternoon, I’m tired like the kids are. When I’m tired I tend to say, “go ahead, have whatever you want”. This isn’t good and it was starting to become a bad habit. My new routine now is to have fresh fruit and vegetables, low sugar yogurt, and sliced cheese ready in the fridge so it’s just as easy as grabbing something from the pantry. Let’s face it, it tastes better, too. 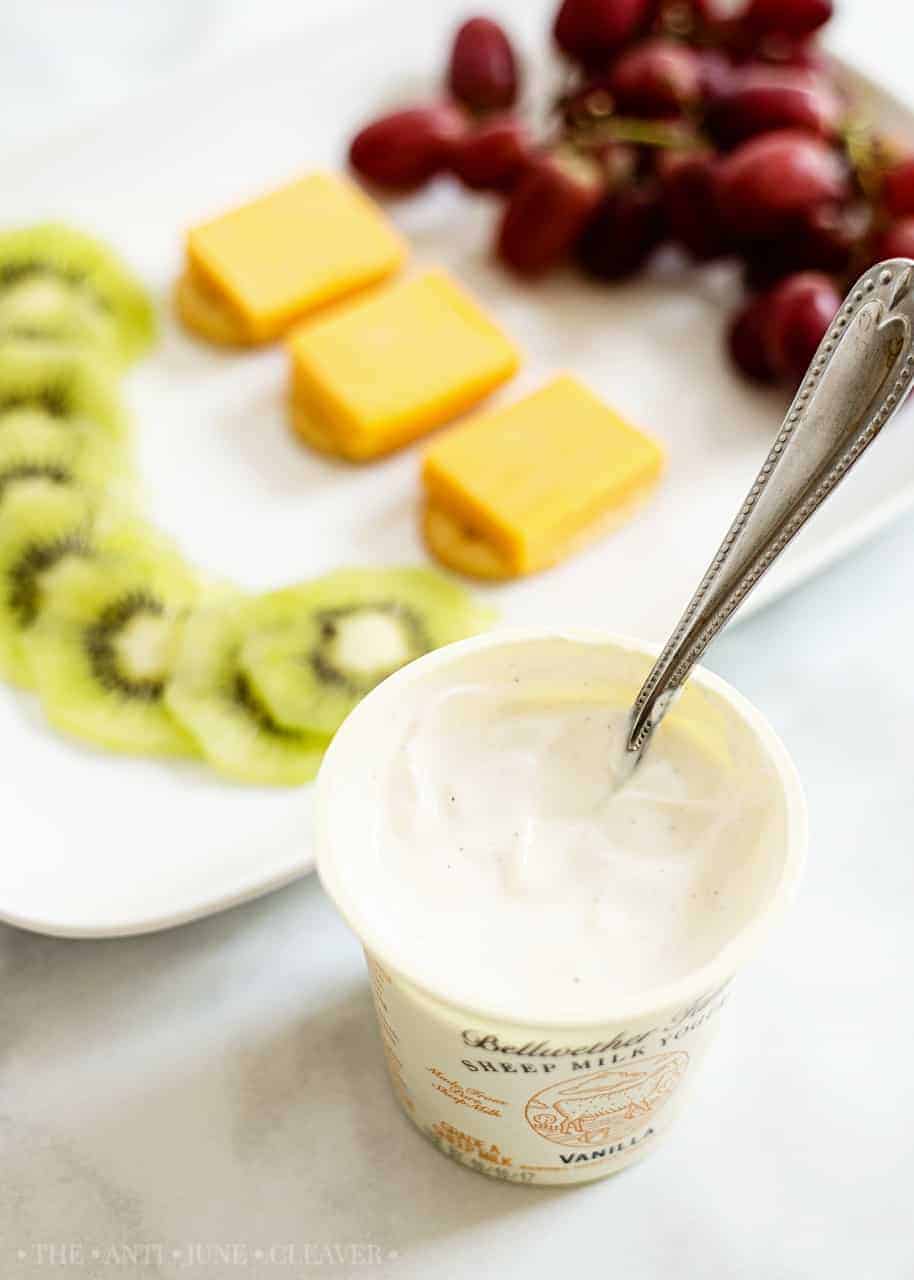 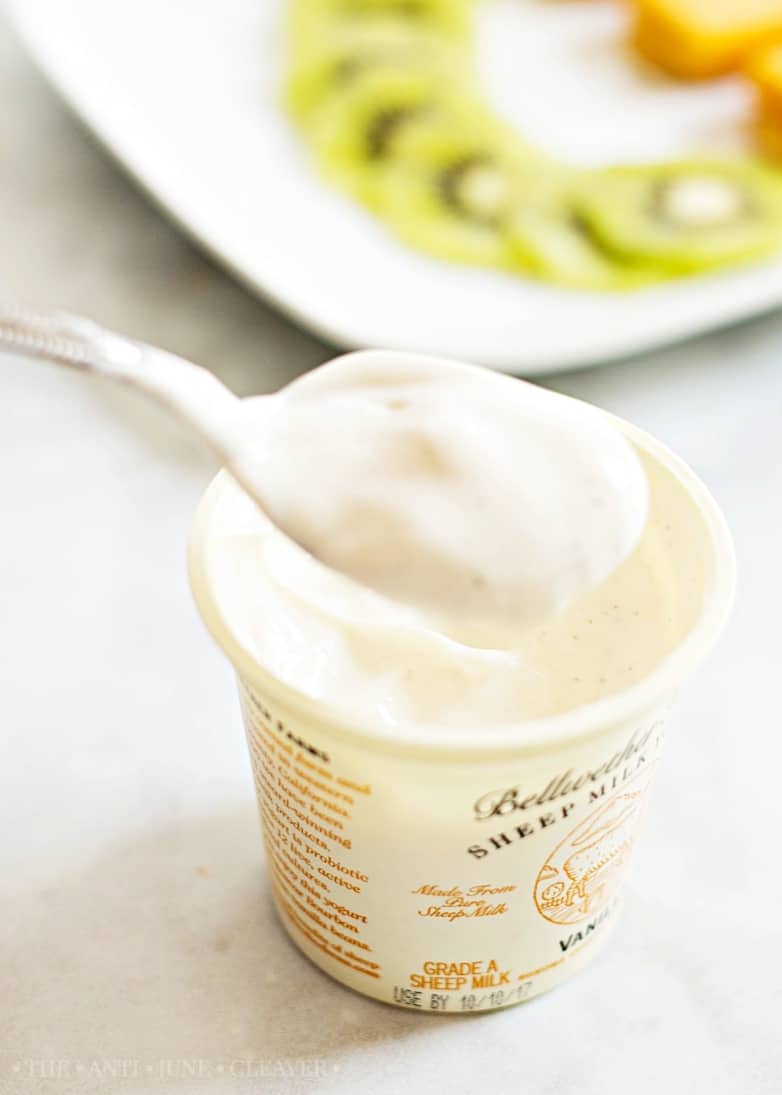 When it comes to snacks, yogurt is king in our house. My six-year-old son has literally had at least one yogurt almost every single day of his life since he turned six months old. When we go on vacation we even stock up the hotel fridge with yogurts for him to have while we’re away from home. So when I found out about Bellwether Farms Sheep Milk Yogurt, I had to give it a try. With only 9-11 grams of sugar, it has about half the sugar as conventional cow’s milk yogurt and 70% more protein! It’s also made with whole milk so it’s creamier than conventional yogurt, too. Yum!

This makes a perfect after school snack for my yogurt monster, along with some fruit and a few cheese and crackers. It’s a simple snack idea that makes my little man happy and I can feel good about him eating it. It’s certainly better than eating a bowl of cheese crackers or granola bars every day. Those things are fine on occasion, but all things in moderation is my motto. 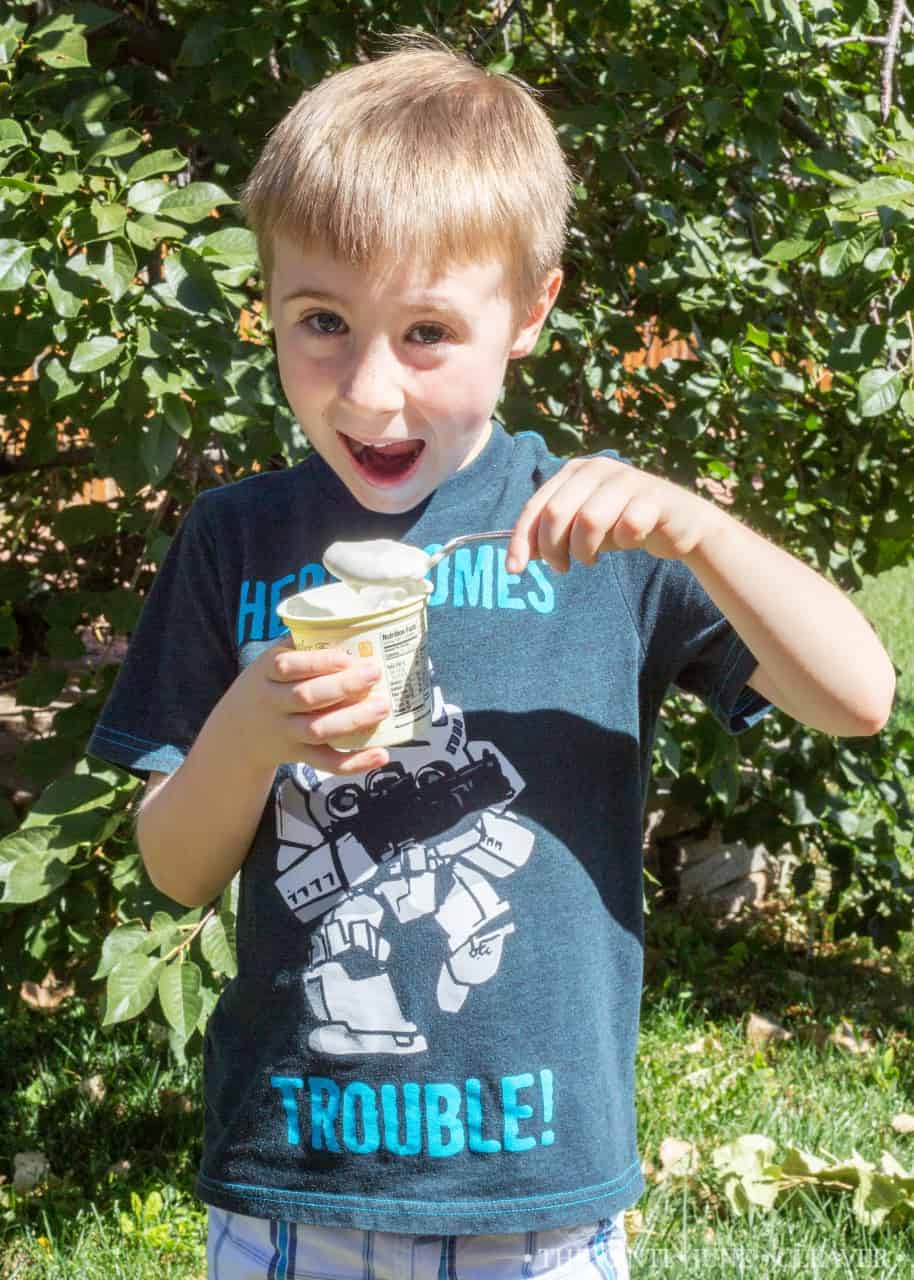 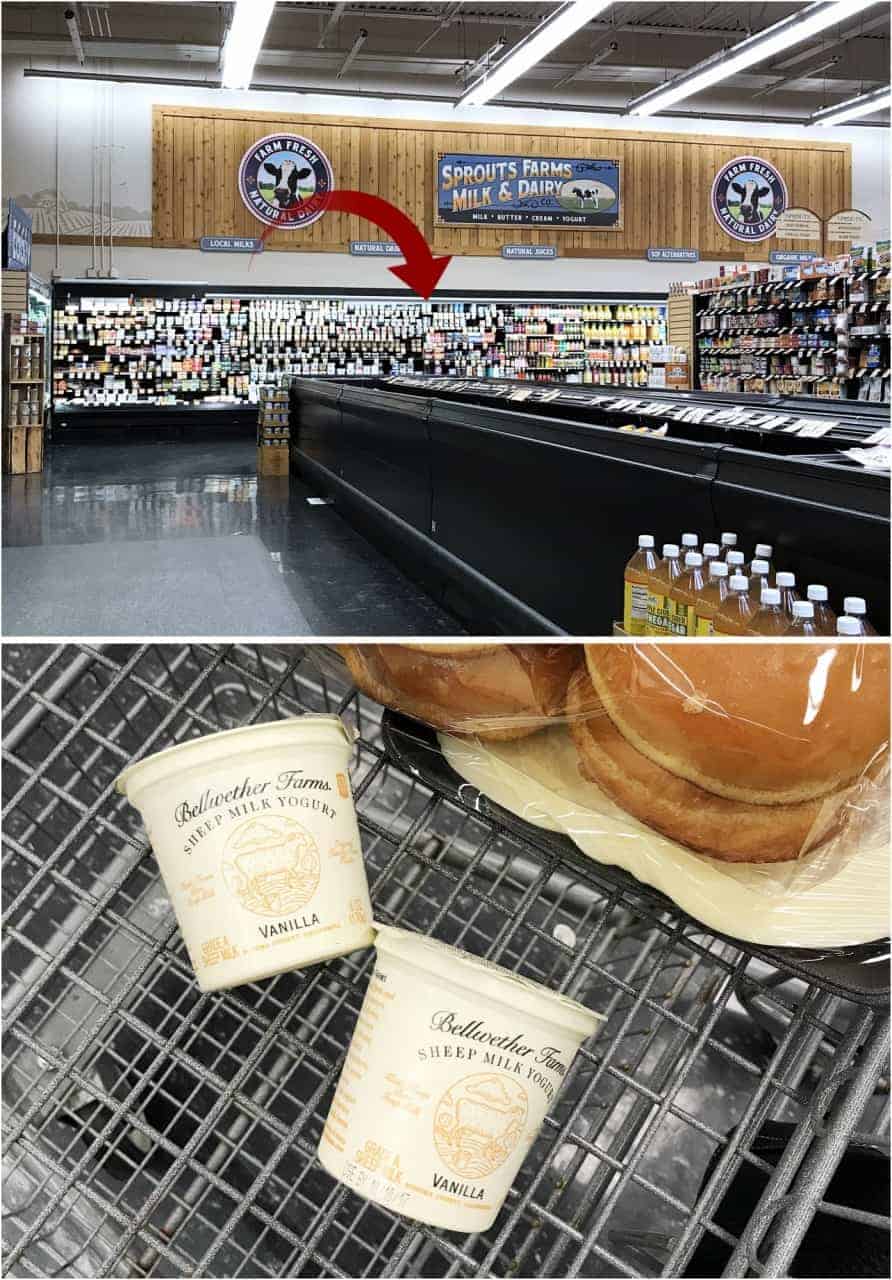 Also, I love supporting companies that give back. Bellwether Farms is partnering with the Whole Kids Foundation during the month of September and donating $1 of every cup of yogurt sold to support schools and inspire families to improve children’s nutrition and wellness.

You can find Bellwether Farms Sheep Milk Yogurt at natural food stores such as Sprouts, Whole Foods, and Natural Grocers. It comes in six delicious flavors: vanilla, blackberry, spiced apple, blueberry, strawberry, and plain. Pick some up today with this coupon and I think you’ll be glad you did!