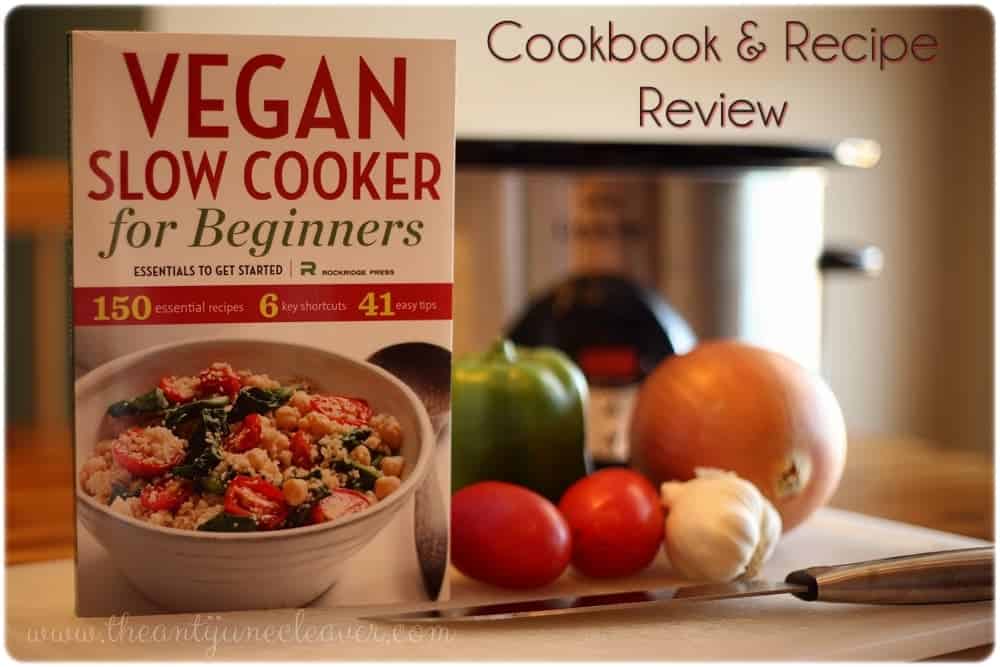 I am not vegan but I do strive to eat as wholly and healthy as possible. About seven months ago I cut out red meat and decided to adopt a pescetarian diet. I do very occasionally eat poultry but am mostly eating vegetarian and seafood.

By default I probably end up making a vegan meal about once a week or so even if it isn’t intentional, so when I had the opportunity to review a vegan cookbook I was very interested in giving it a try. I would like to start consciously making one or two vegan meals a week but I need a little help and inspiration. This cookbook provides that. 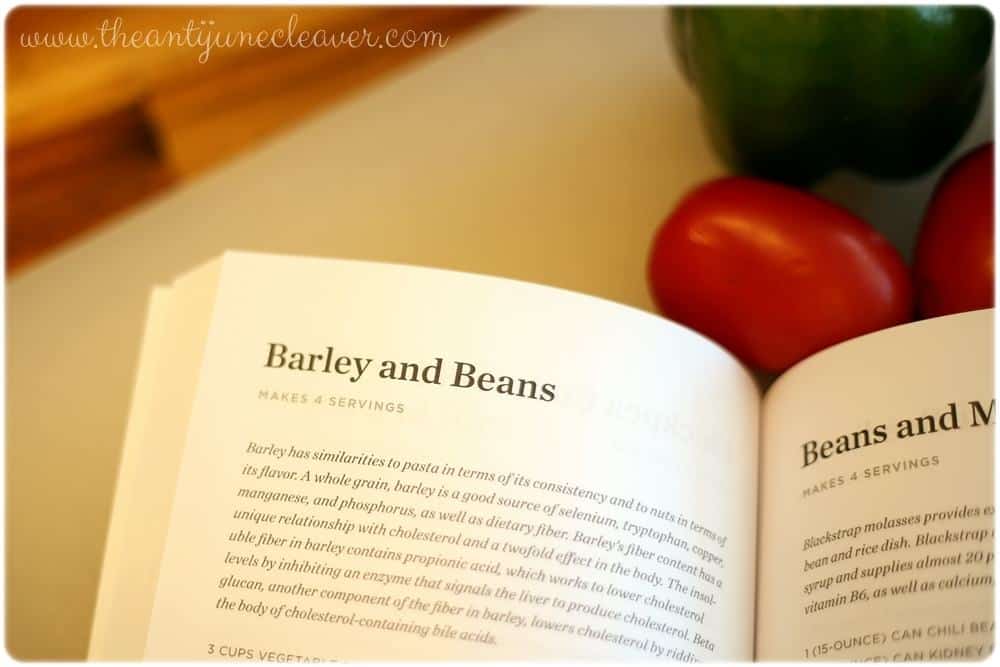 This cookbook truly is for beginners. It gives you tips on how to cook vegan meals such as thickeners and meat alternatives as well as slow cooker tips. There are also a wide variety of recipes from breakfast, to soups, to desserts and everything in between.

But how do these recipes taste is probably the most important question. To find out, I decided to make the Barley and Beans recipe that is included in the cookbook. I did make a few changes due to not having quite the same ingredients on hand as in the recipe but I tried to keep everything as close to the original recipe as possible to get a real feel for how it would taste as written.

For example, I doubled the recipe since we love leftovers in our house and I only had one can of kidney beans so I also added a can of white beans. I didn’t have fire roasted tomatoes so I added regular tomatoes and 1/4 tsp of Liquid Smoke. Lastly, my crushed red pepper is sweet so I added a few shakes of Cholula hot sauce. 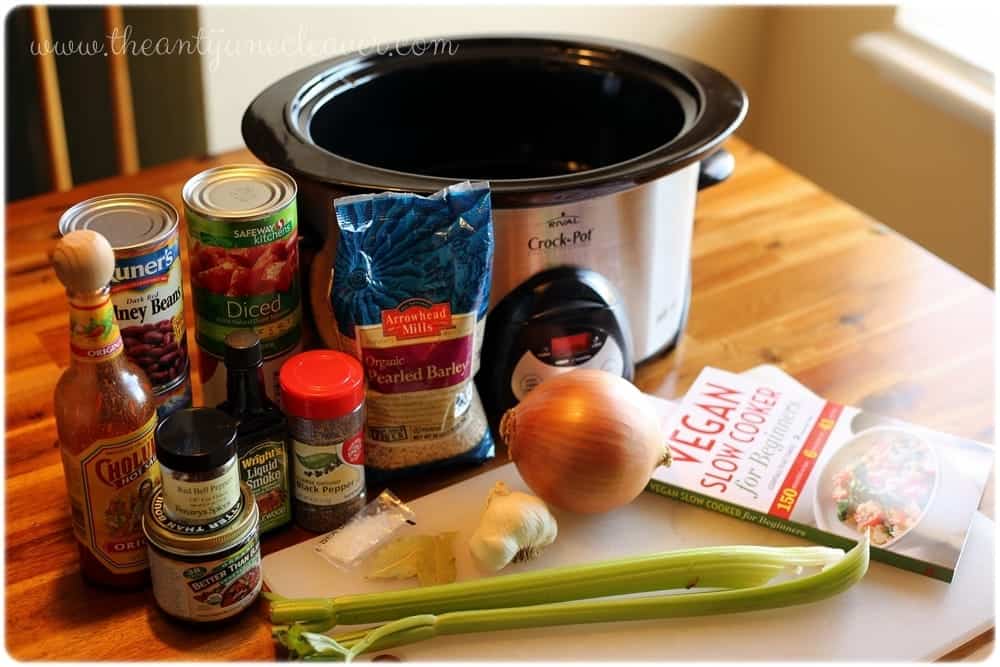 This recipe really couldn’t be simpler. Add the stock, tomatoes, beans, barley, onion, garlic, celery, and spices to the slow cooker and cook for about 7 hours. Really, that’s it.

I love slow cooker meals because even when I really don’t feel like cooking I can throw some stuff into the slow cooker, forget about it for the day and still have a delicious meal that evening without much effort. 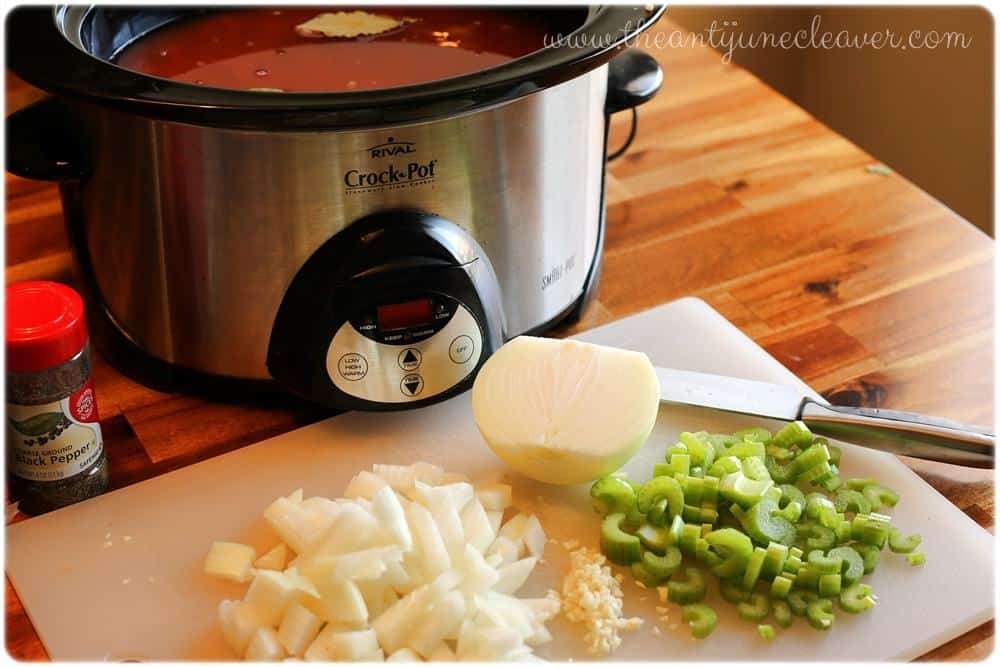 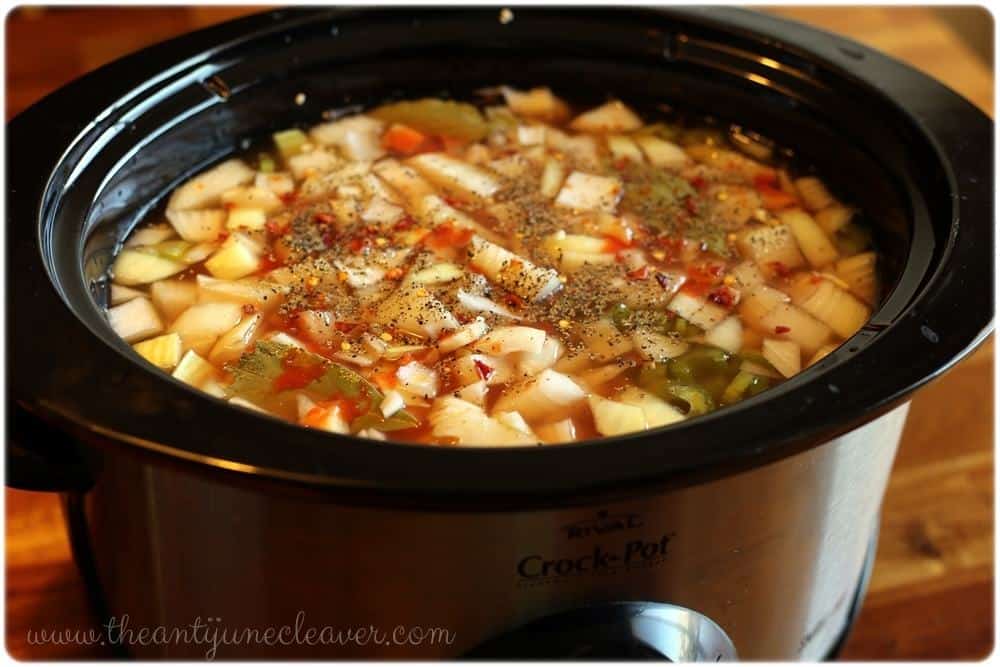 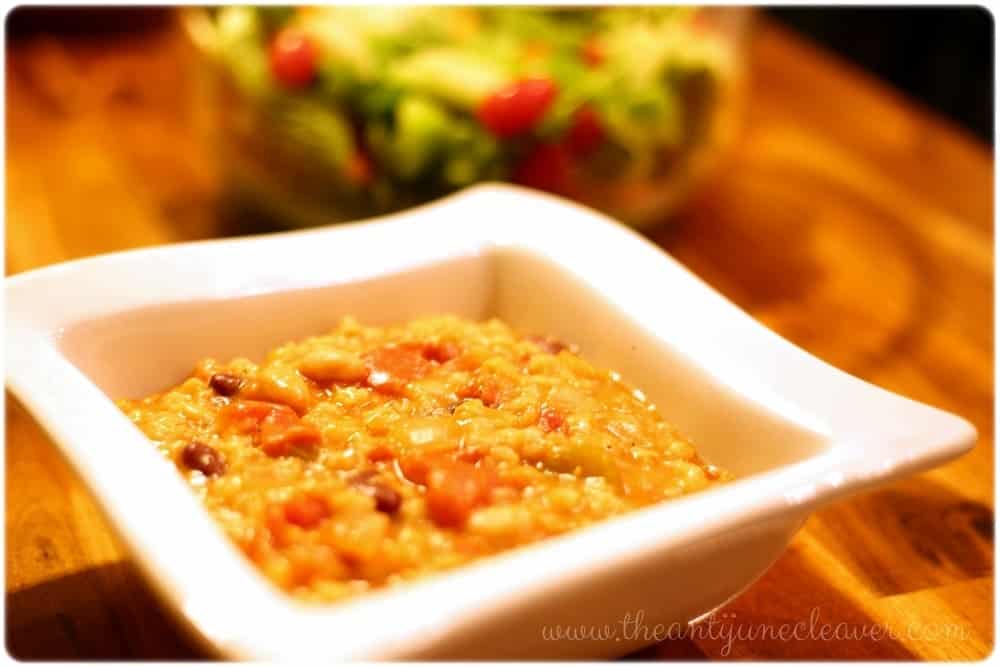 What did we think of the recipe?

We all enjoyed this meal. My husband walked in the house and commented on how great it smelled, my fourteen-year-old commented that it was good without being prompted, and my three-year-old cleaned his plate. I think it’s safe to say that it was a success.

This is the recipe as written in the book. If you would like to use my changes, feel free.

In addition to this recipe they also have yummy sounding dishes like Black Bean Breakfast Burritos, Creamy Curry Stew, Enchilada Wraps, Eggplant Parmesan, and Cherry Pie Drop Cake. This cookbook is rated 4½ stars on both Amazon and Barnes & Noble. I can’t wait to try some more recipes.

Pic to Win with Revolution Foods – A Healthy Convenient Choice.

This would be a great win at our house. Not only do I enjoy cooking and own lots of cookbooks but I am wanting to start eating more vegan friendly dishes at our house.

My mom gave me a slow cooker a few Christmases ago but I’m sorry to say I’ve only used t a handful of times. Hopefully this will give me some inspiration? Happy holidays!

I’m not vegan, but I was telling my husband lately that I would like to live more of a vegan lifestyle. Not 100%, as I don’t think I would want to cut out eggs, and I probably wouldn’t ever cut out meats completely, but eating vegan meals from time to time would definitely help us on that healthier path! I’d like it if we could minimize the amount of dairy we use and lessen the amount of meat we eat. This cookbook would be a great asset!

We got a slow cooker as a wedding gift and it’s been collecting dust. We browsed some cookbooks in the bookstore and all of them assume we already know how to use one. Some even put a warning at the beginning of recipes about hot spots, varying cook times, etc.
I can definitely appreciate a book written for the novice user!

Yum! I’ve been searching for a way to use my barley.

Alright, got the Rafflecopter loading properly now 🙂
Thanks for the review, I think my hubby can handle the slow cooker if I got him a beginner’s recipe book

Haha, good 🙂 I know that Rafflecopter sometimes has its issues so I’m glad it’s working now

This cooker looks amazing and mine just quit. I would love a chance to try it.

This is great for me, now all i need is a slow cooker

this is actually on my mom’s xmas list! It’d be great to win it!

How funny. Maybe it was meant to be 🙂

My new year’s resolution is for my family to eat healthier. From the looks of the sample recipe, preparing vegan meals doesn’t look too difficult. I would probably make an effort to eat fresh foods, but canned tomatoes come in handy in a crunch. Thanks

I am currently looking for ways to work in more veggies and other sources of protein. This cookbook would be awesome for that… Love how you used what you had and it still turned out awesome, crockpots tend to do that which I love…

I love cookbooks. I am always searching google for vegan dinners for my family.

we’re not vegan but i dont eat as much veggies as i should because i have trouble with making them, so i love the idea of getting veggie recipes in a slow cooker

This would be a wonderful addition to my cookbook collection, always love trying new recipes!