×
Home » What NOT to Do When Planting a Garden
0shares

This year we planted our first garden. In the past we've attempted to grow a few things in pots without a lot of success but this year I would say that we have been successful. We started all but the green pepper and some spices from seed and all of them have taken so far and have or are starting to produce some veggies. Score! But we have made a few mistakes along the way.

Don't plant your seeds and seedlings too close together.

Excuse all of the weeds in the rocks. The past two weeks have been in the mid to upper 90s so yeah, pulling weeds hasn't been on the top of my to-do list. I've been more concerned with air conditioning and hydration. Now that it's cooling down a bit I have a lot of weeding to do!

But in addition to the weeds you may also notice that some things look pretty cramped together and other things are spaced pretty far apart. When planting seeds and seedlings they're so small that a novice gardener like myself had a hard time envisioning what they would be like as they grew to a more mature size. I have cucumbers snaking through my lettuce, snap peas growing wild all over the place, and a big blank space that looks like nothing is even there. Honest, there is! They're onions. 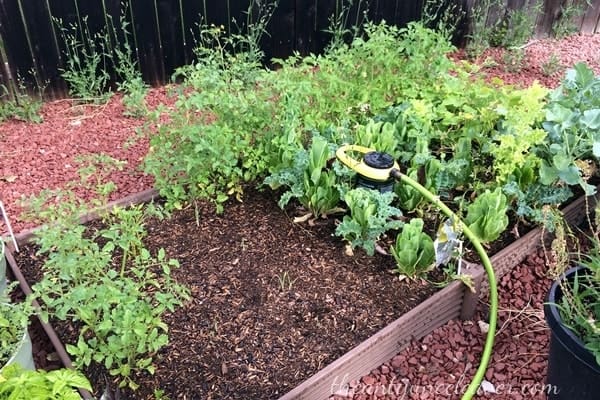 Be careful with your seeds.

As you can see it looks like I may have dropped a few carrot seeds. I have them growing with my squash plant and one of my cucumber plants and snap peas. 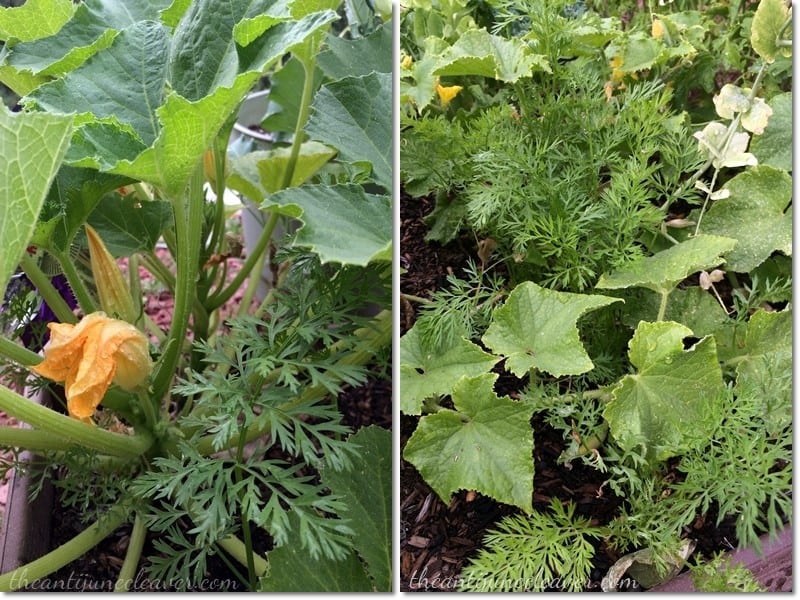 Then there's my rogue broccoli seed that I dropped in the rocks! I'll be curious to see if anything comes of this plant because it's significantly smaller than the two that are growing where intended. 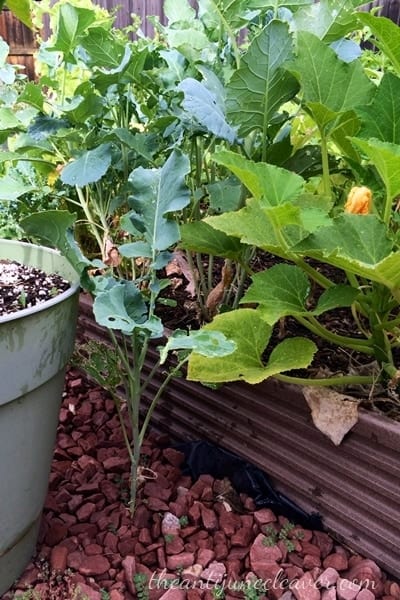 Even though we've had a few bumps along the way and have made mental notes on where to improve next year we are pleased with how this garden has turned out so far. We have already been able to make a few salads with nice, fresh mesclun lettuce and a handful of green beans to munch on. 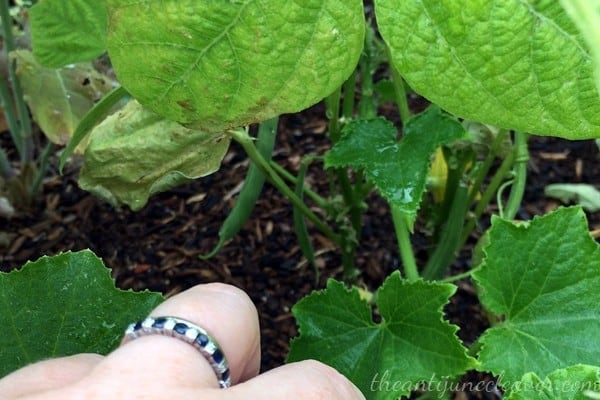 It looks like we will soon have some cucumbers. The pickling cucumbers seem to be getting a nice start, too. 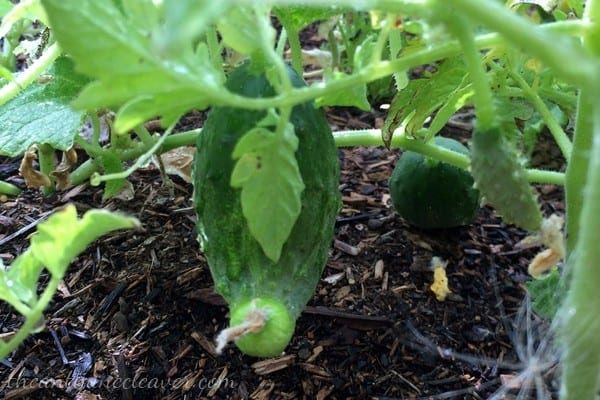 We should also have some Roma tomatoes as well as cherry tomatoes soon, too. In fact I think we will end up being overrun with tomatoes! I see a lot of cucumber, tomato, and mint salad and homemade pickles in my future! 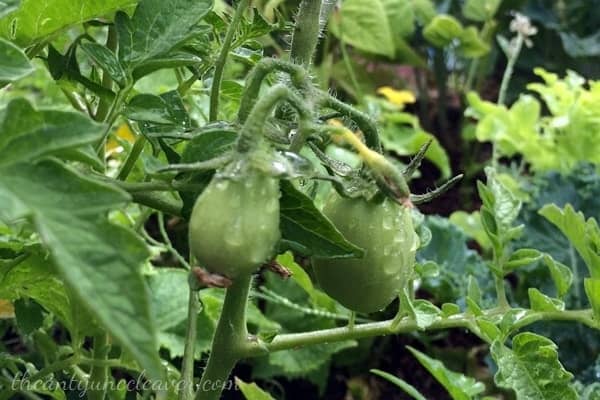 And finally, the reason for finally having some success has been the sprinkler my husband rigged so I don't have to unwind the hose all the way across the lawn every day. This has been so great! Sure, we have a hose along the perimeter of the left side of our lawn but I'll take it over unwinding and winding the hose back up all the time.

It is propped up in the center of the raised bed with a plastic pot that my pepper plant came in. 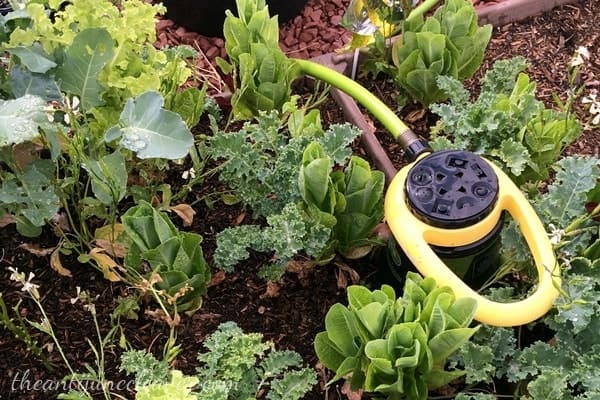 How about you? Have you had any gardening mishaps when you were first starting out? I'd love to hear them!

0shares
Previous Post: « What is an All-in-Two (AI2) Cloth Diaper and How Does it Work?
Next Post: When Summer Vacation Overstays Its Welcome »