This shop has been compensated by Collective Bias, Inc. and its advertiser. All opinions are mine alone. #ShareHolidayJoy #CollectiveBias 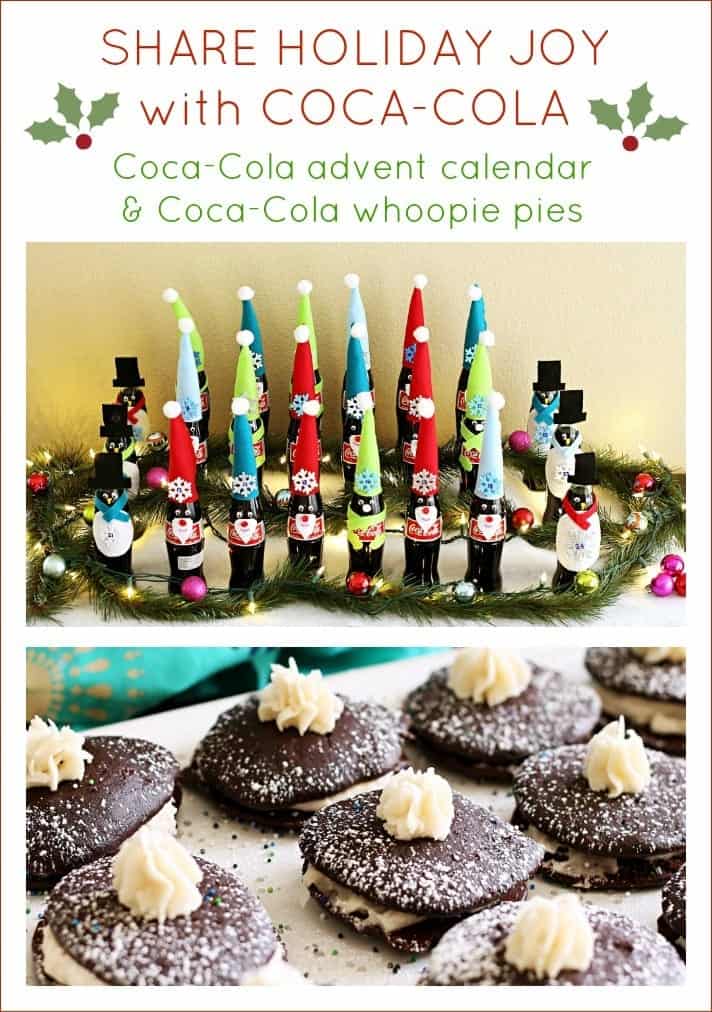 When I was little my grandmother used to buy me an advent calendar and give it to me every Thanksgiving. It was always a cardstock calendar with little doors that revealed a new picture each day. I loved opening a new door every morning as I counted down the days until Santa came. I would like to continue the advent calendar tradition with my kids, and this year I am doing it with a new twist.

Another holiday tradition was to make cookies for Santa, but this year we are making Coca-Cola whoopie pies to leave instead because Santa needs a little change up every now and then.

We will still do a traditional advent calendar for the little one, but this year we are doing a family advent calendar with Coke de Mexico Coca-Cola in bottles for ourselves and the teenager. With some felt, googly eyes, and glue we have turned these Coke de Mexico Coca-Cola bottles into Santas, elves, and penguins. This would also be a fun idea to make and give out as holiday gifts for coworkers, teachers, or anyone else you might want to give a little token of good cheer to this holiday season. 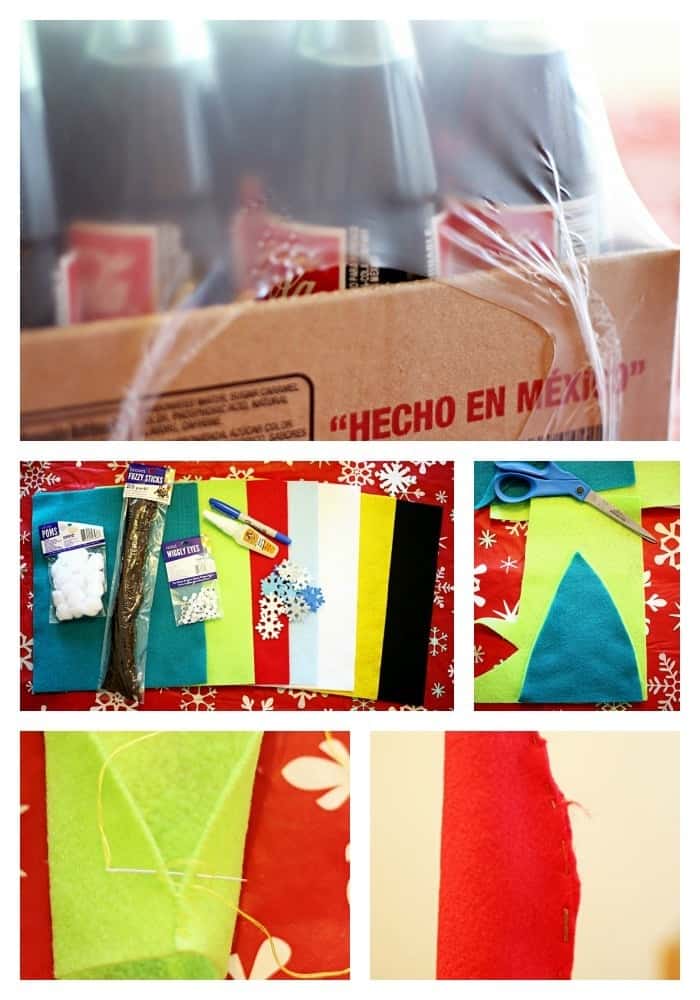 At the craft store, I picked up some felt, googly eyes, foam snowflake stickers, and pom poms to transform these Coke bottles into something fun and special.

To get the correct size for the Santa and elf hats, I wrapped them around the top of the bottle and made marks on it with a marker. I found that having the sides slightly rounded instead of a traditional triangle worked best. Depending on your sewing ability (or lack thereof) you can either hand sew or staple the hats together after cutting them out. 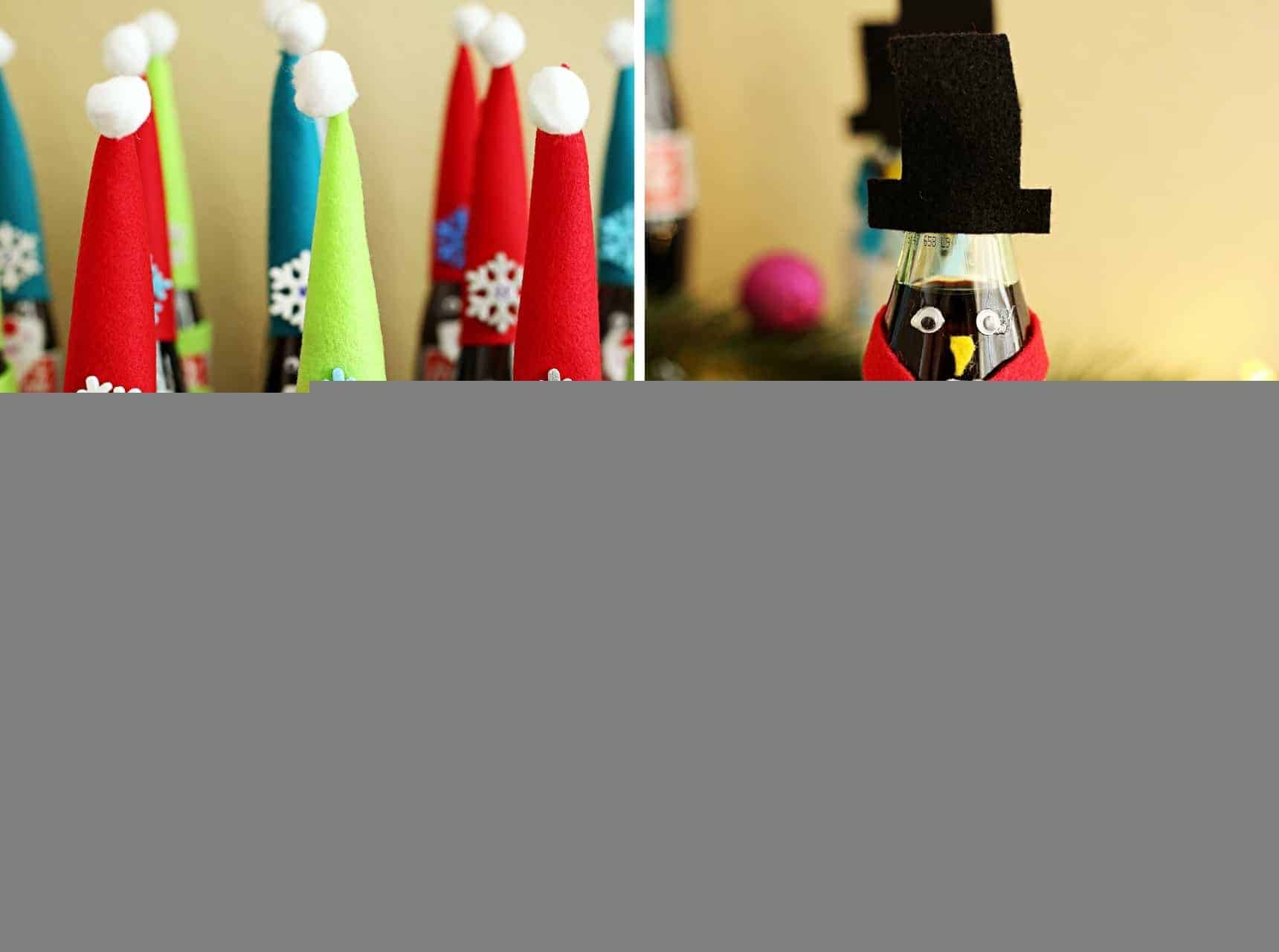 For the penguin hats, I just cut out a simple top hat shape and stuck it to the front of the bottle with some double-sided tape and glue along with the penguin bellies, scarves, Santa beards, and elf mittens. 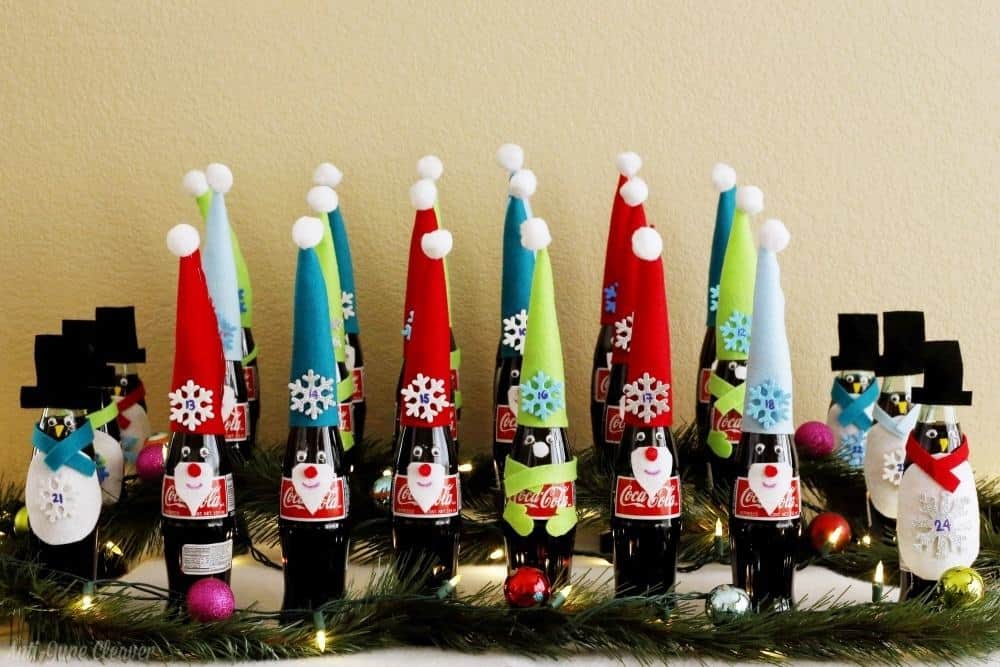 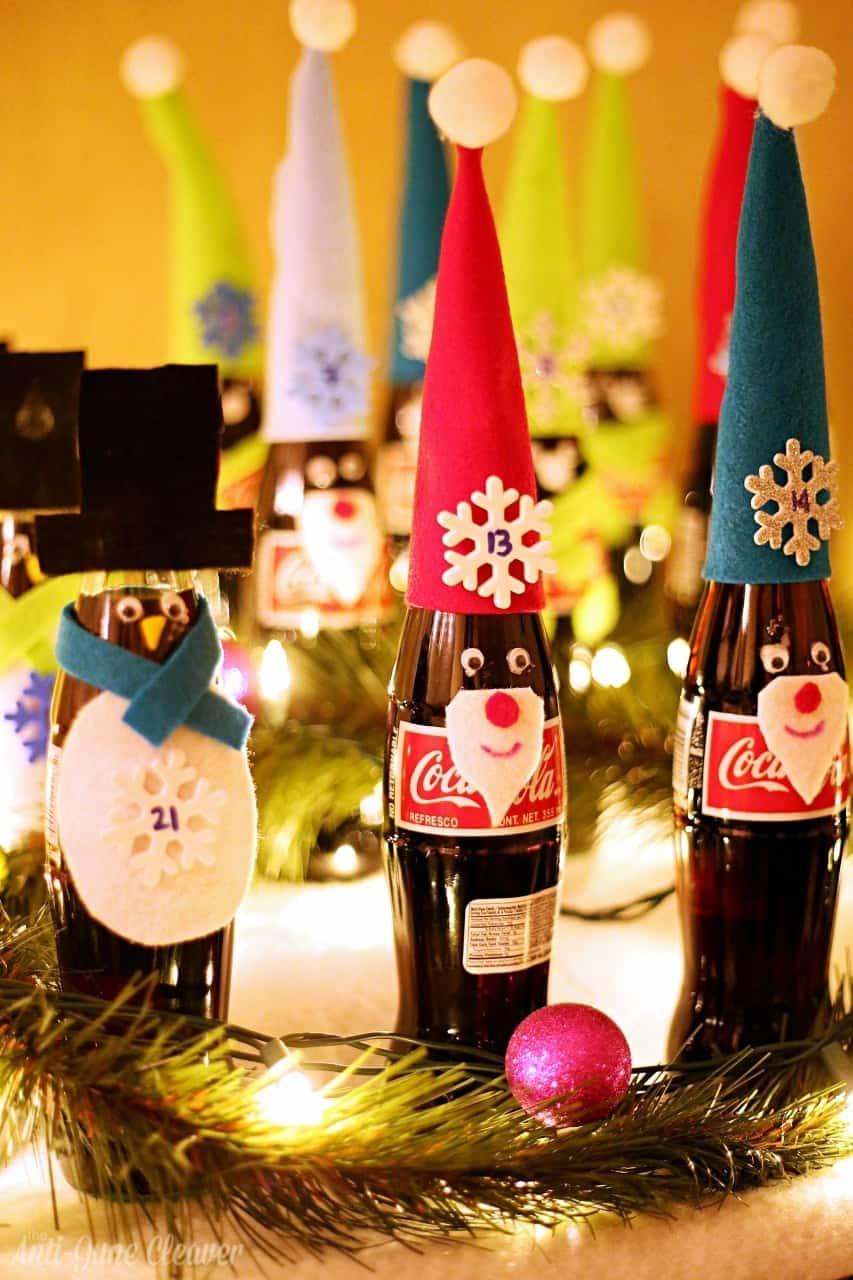 The Coke de Mexico Coca-Cola bottles from Sam’s Club come in a pack of 24 which is perfect for an advent calendar. To turn the bottles into an advent calendar, I wrote numbers 1-24 on a foam snowflake sticker and stuck one on each bottle.

Now for the yummy part, Coca-Cola whoopie pies to leave out for Santa. 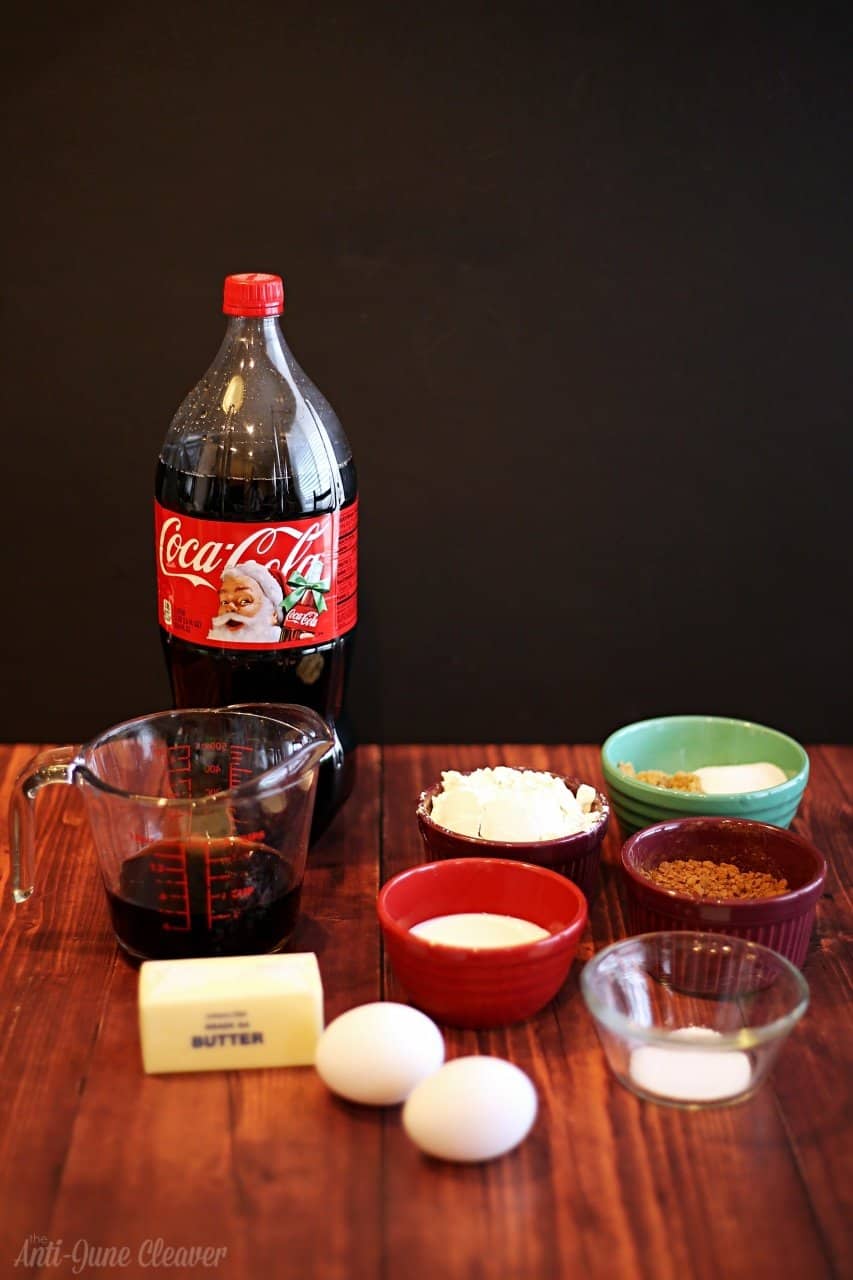 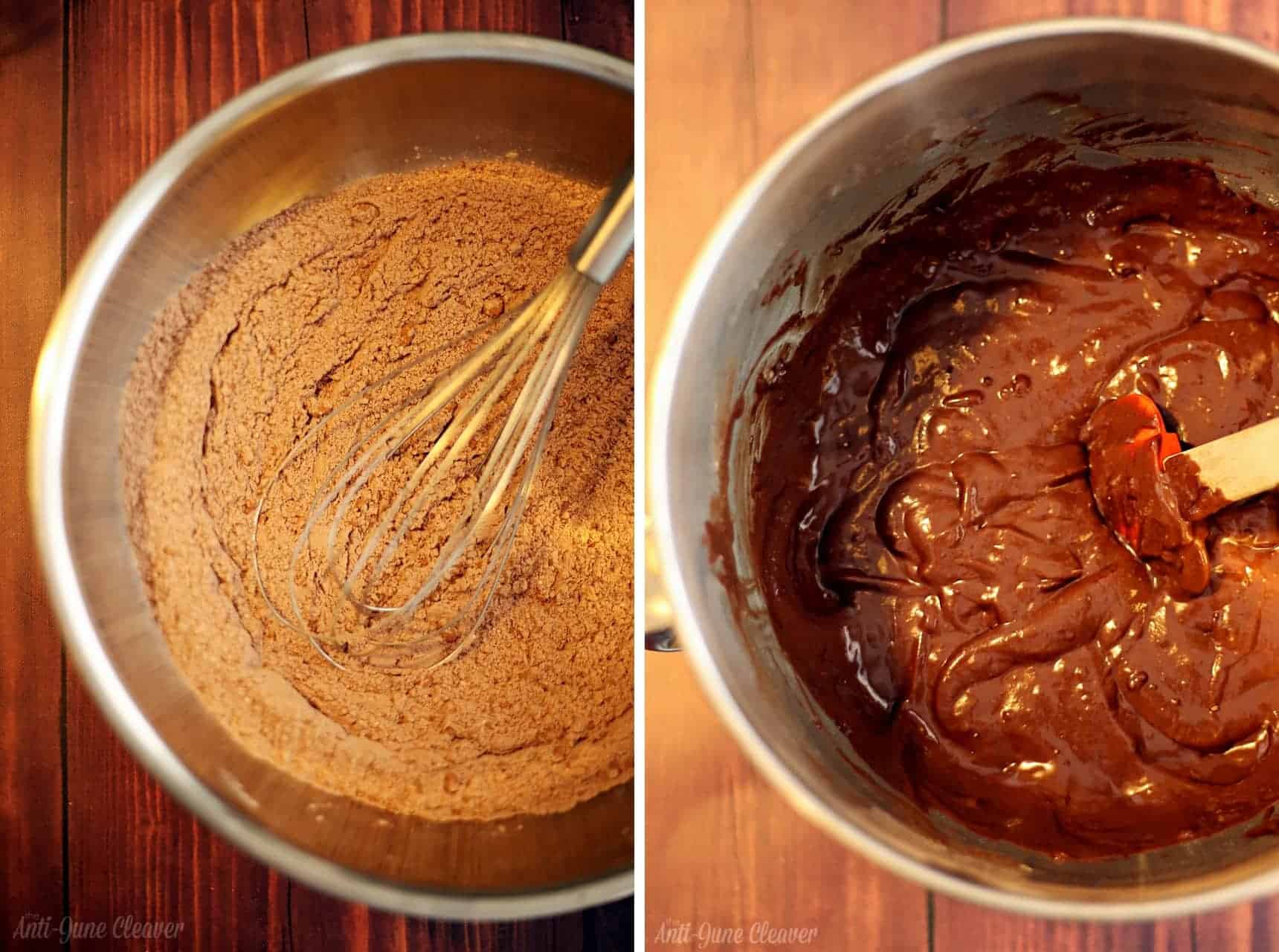 In a medium bowl, combine the flour, cocoa powder, baking soda, and salt. Combine the Coca-Cola and milk and set aside.

In another bowl or stand mixer, combine the butter, sugars, vanilla, and eggs. Once the wet ingredients are combined, slowly add the dry ingredients and the milk and Coca-Cola mixture alternately until combined. 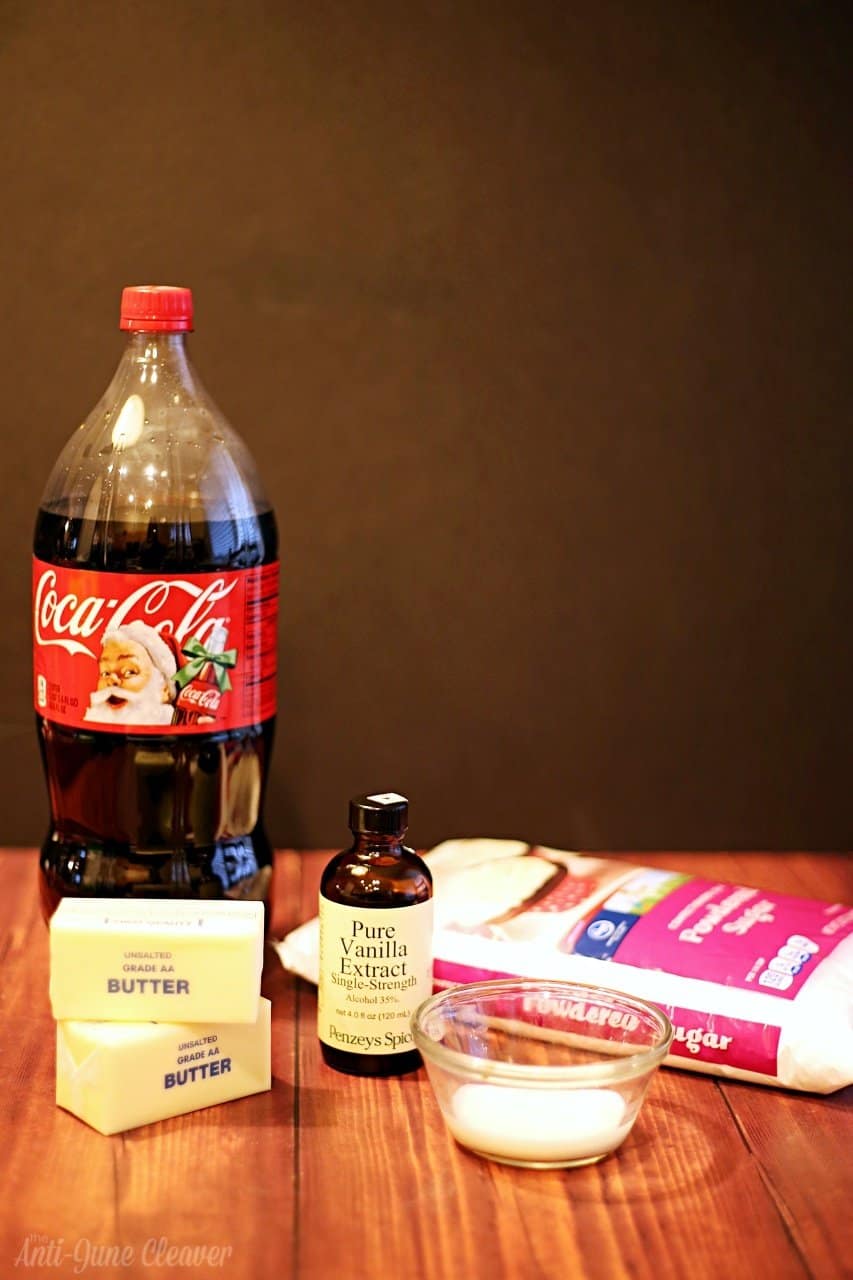 The frosting is a simple buttercream with powdered sugar, vanilla, and butter, and Coca-Cola instead of the traditional milk. 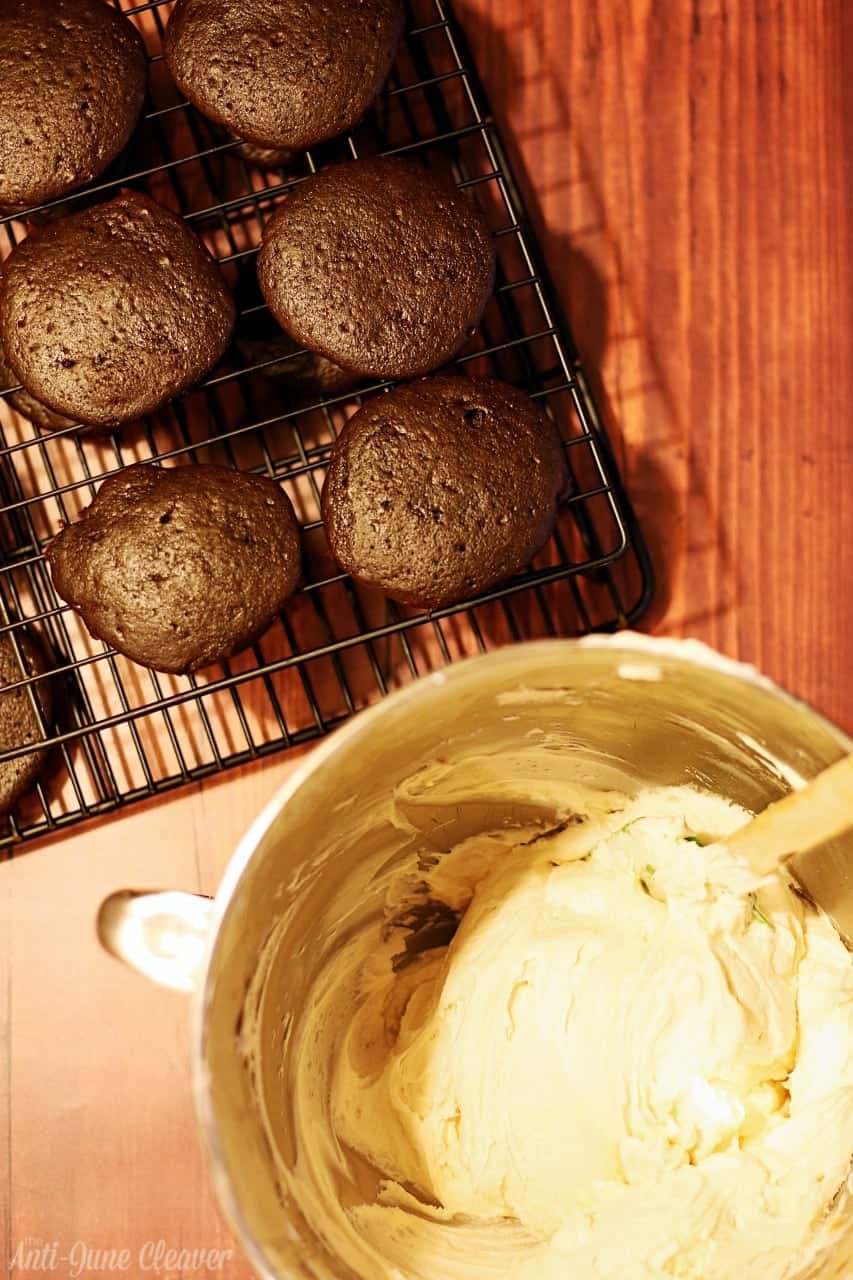 Drop teaspoon sized dollops of batter to a baking sheet and bake for ten minutes. Once the cakes have cooled, add frosting in between two cakes. 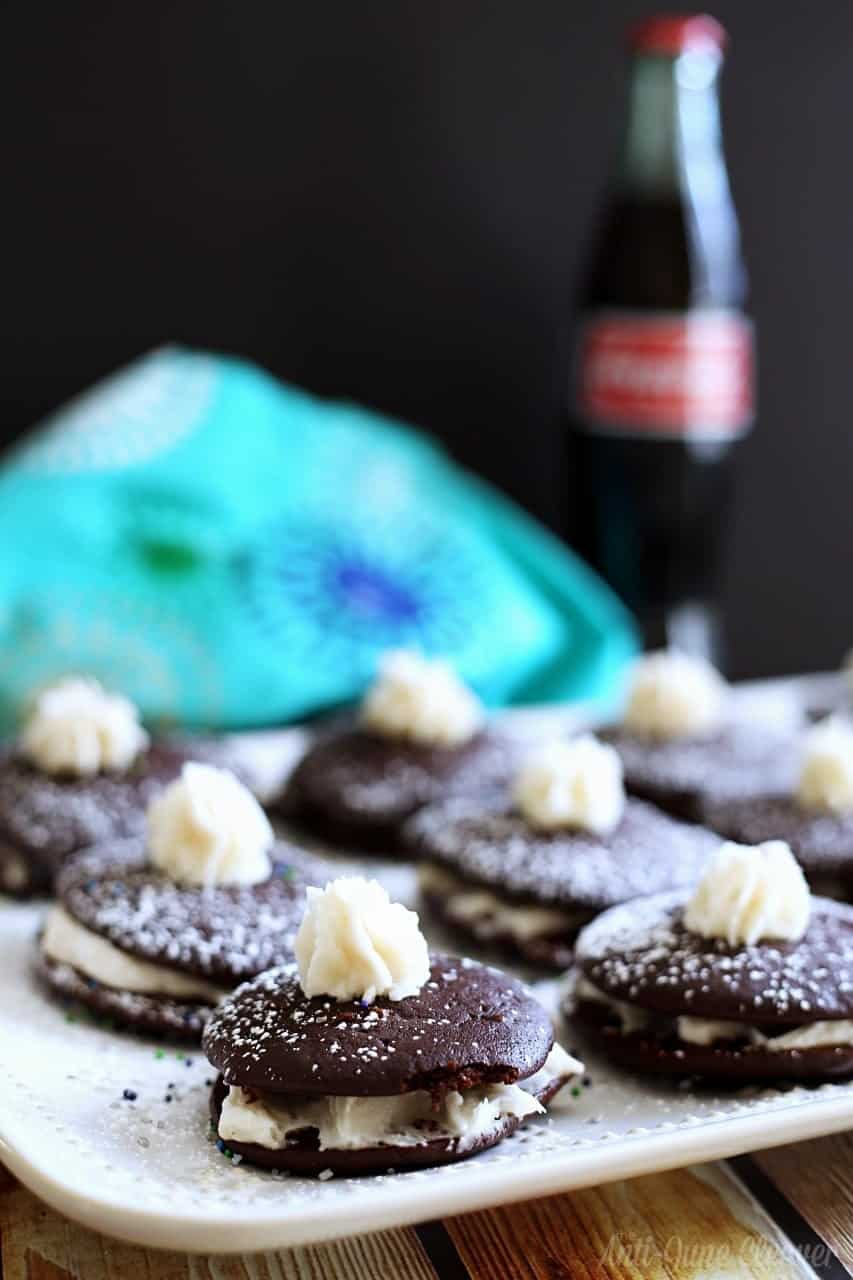 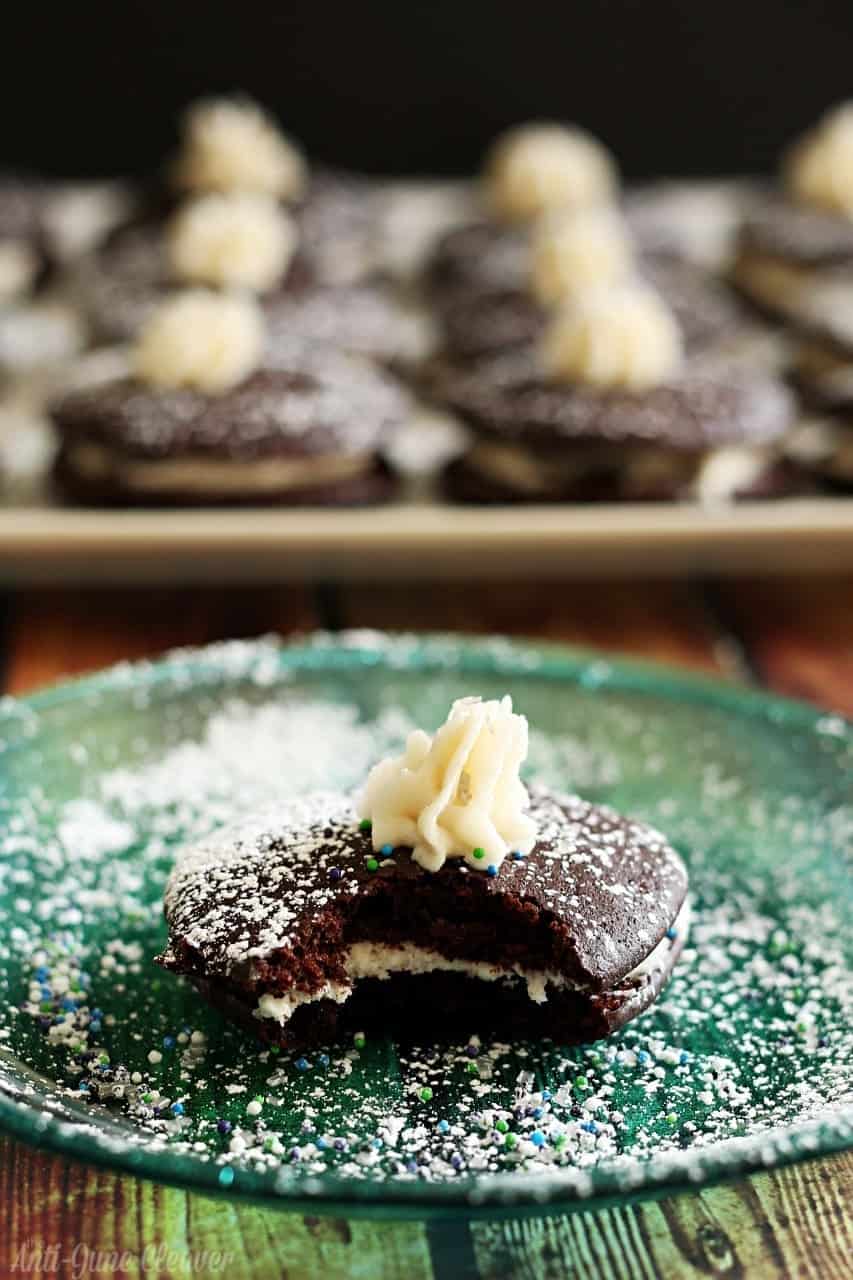 Once the whoopie pies are made, dust them with powdered sugar “snow” and enjoy! 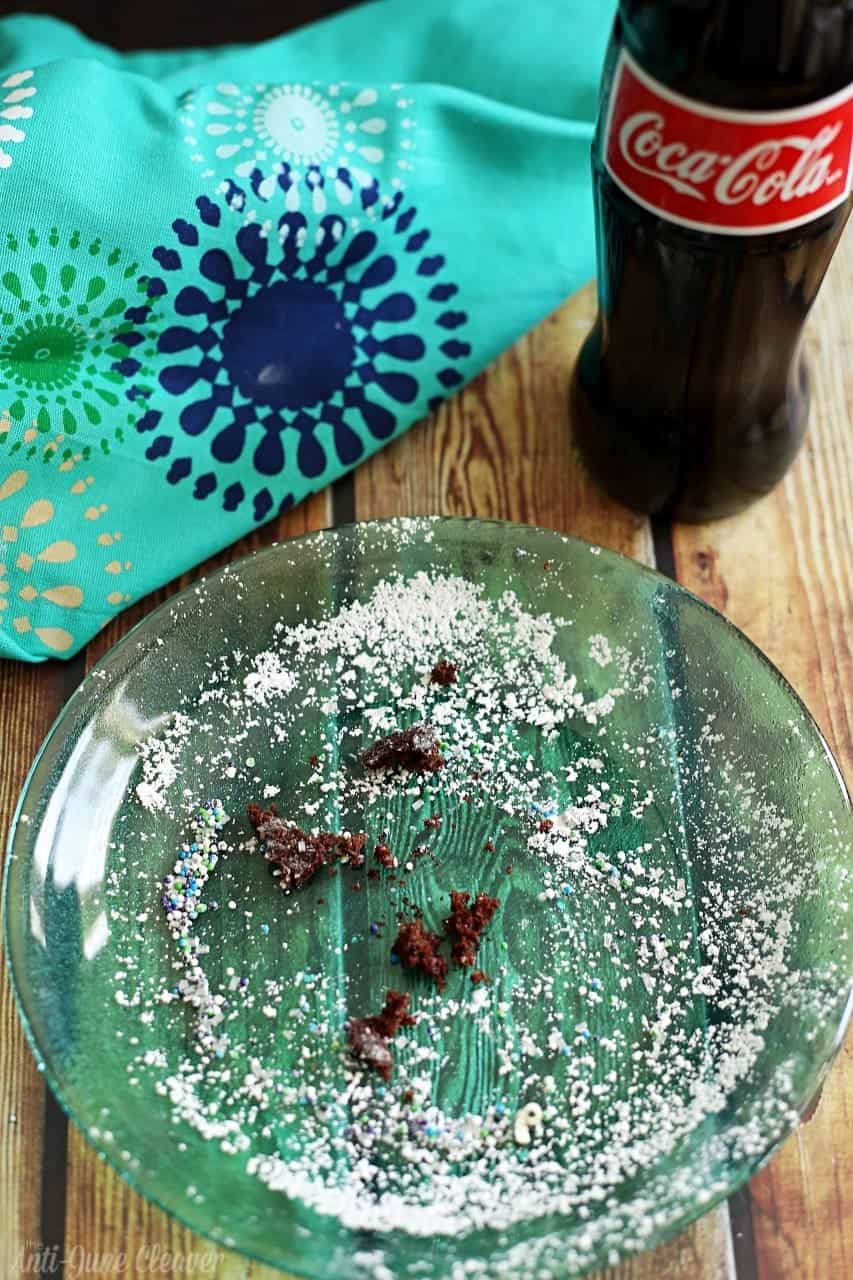 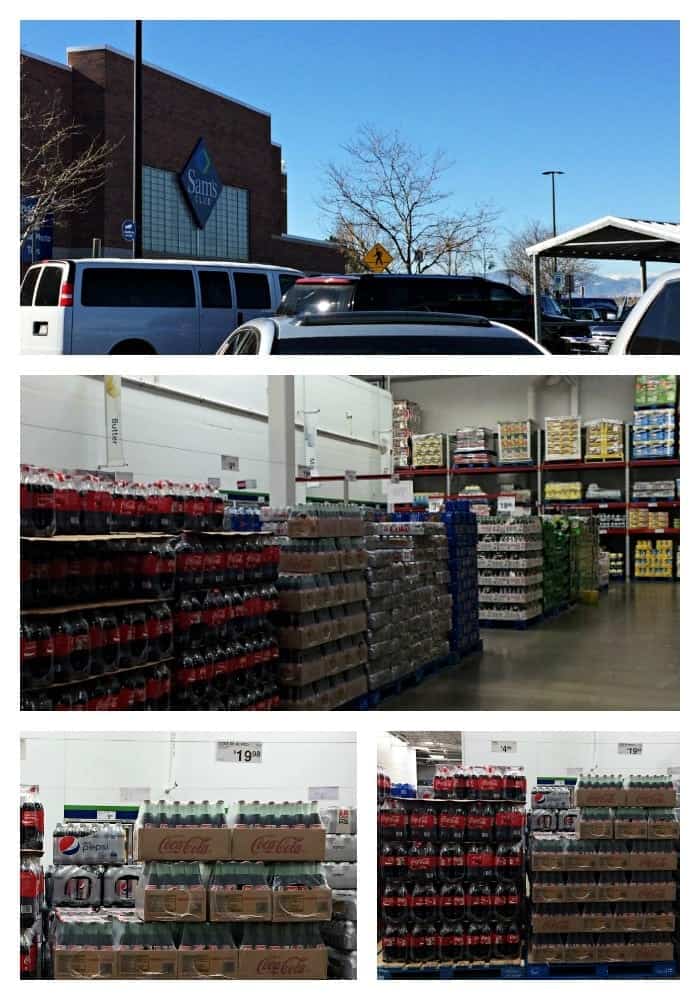 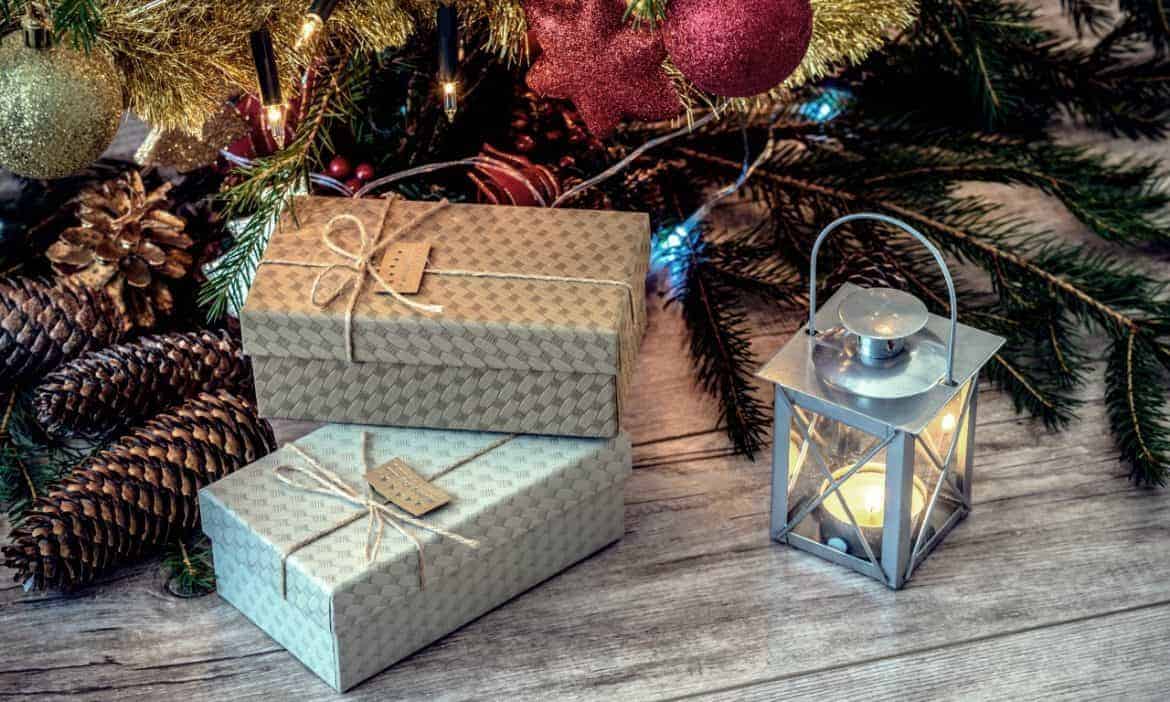 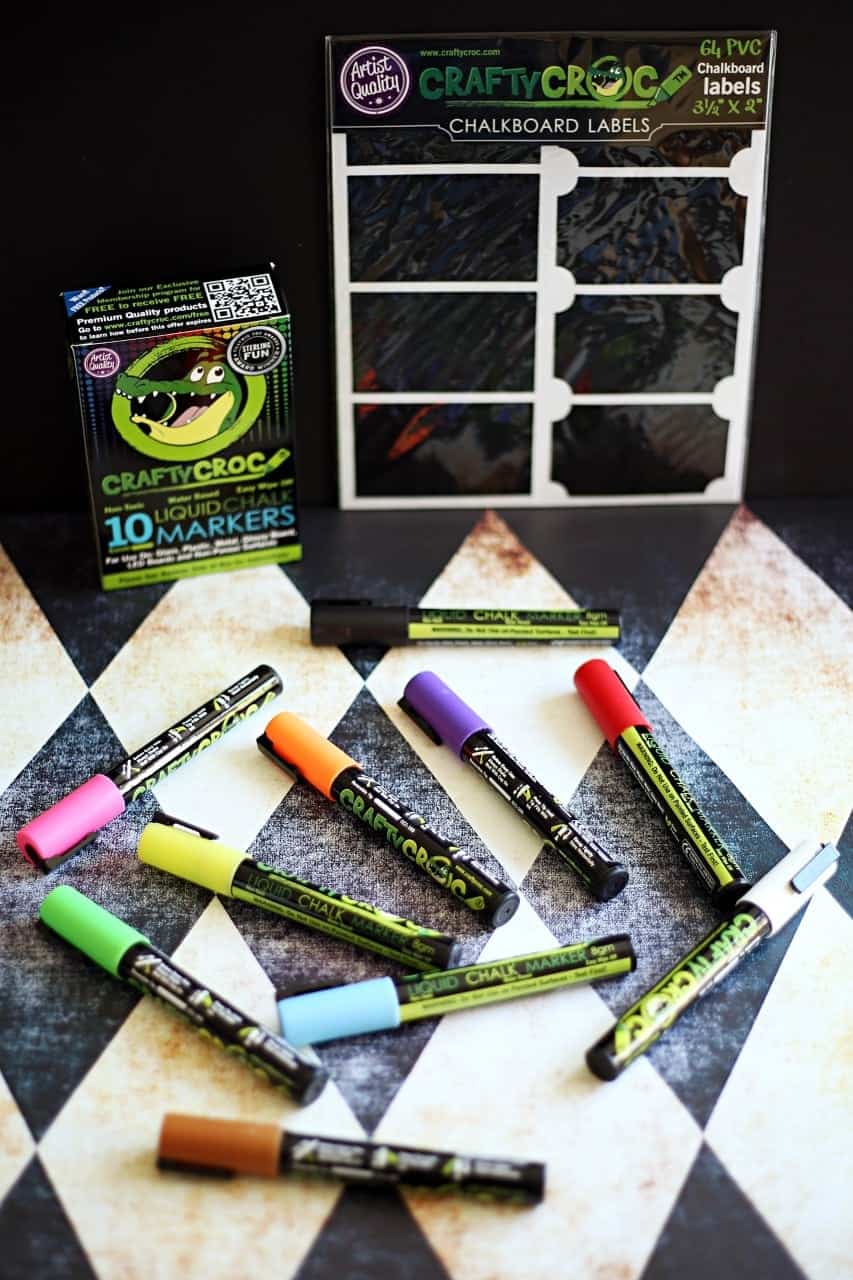 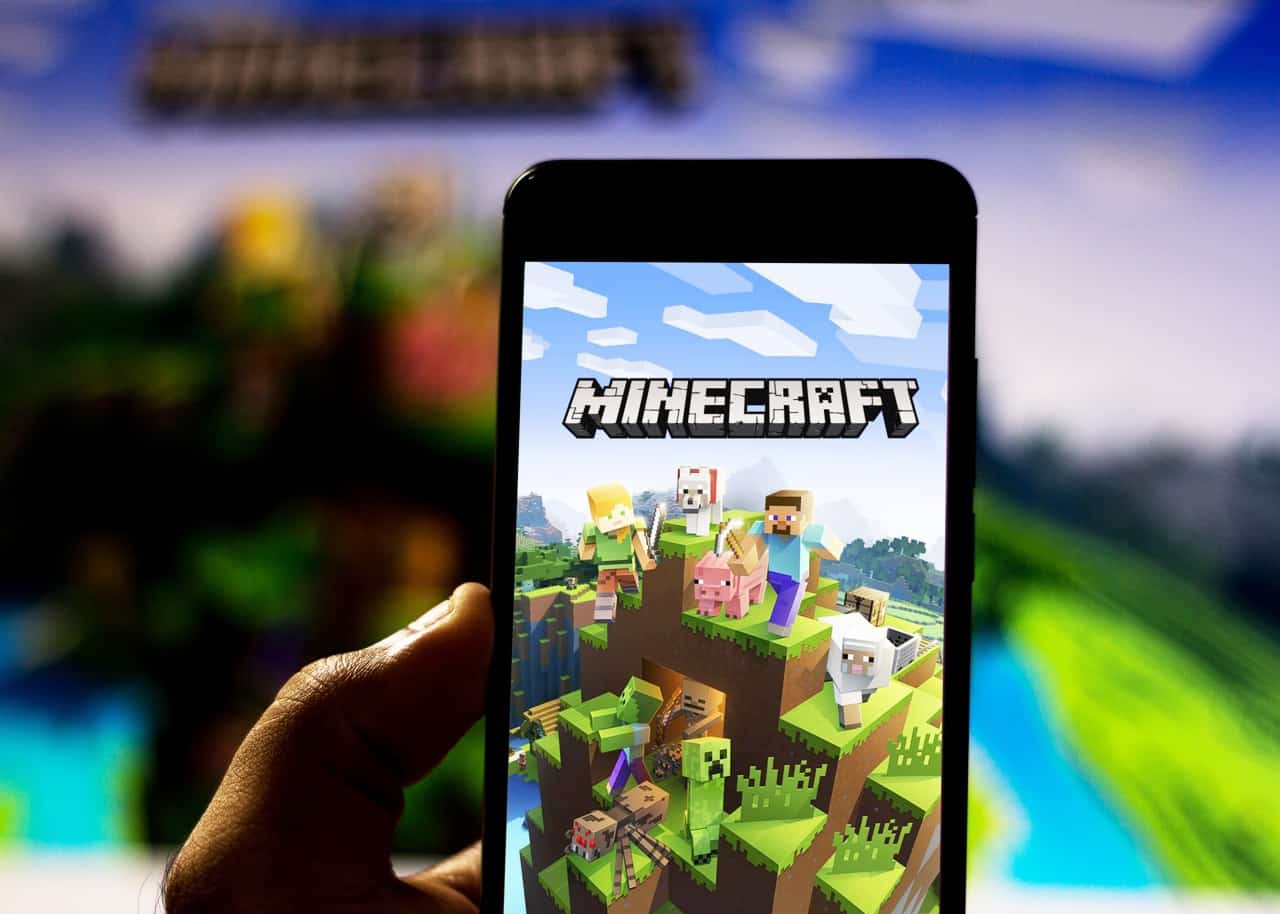 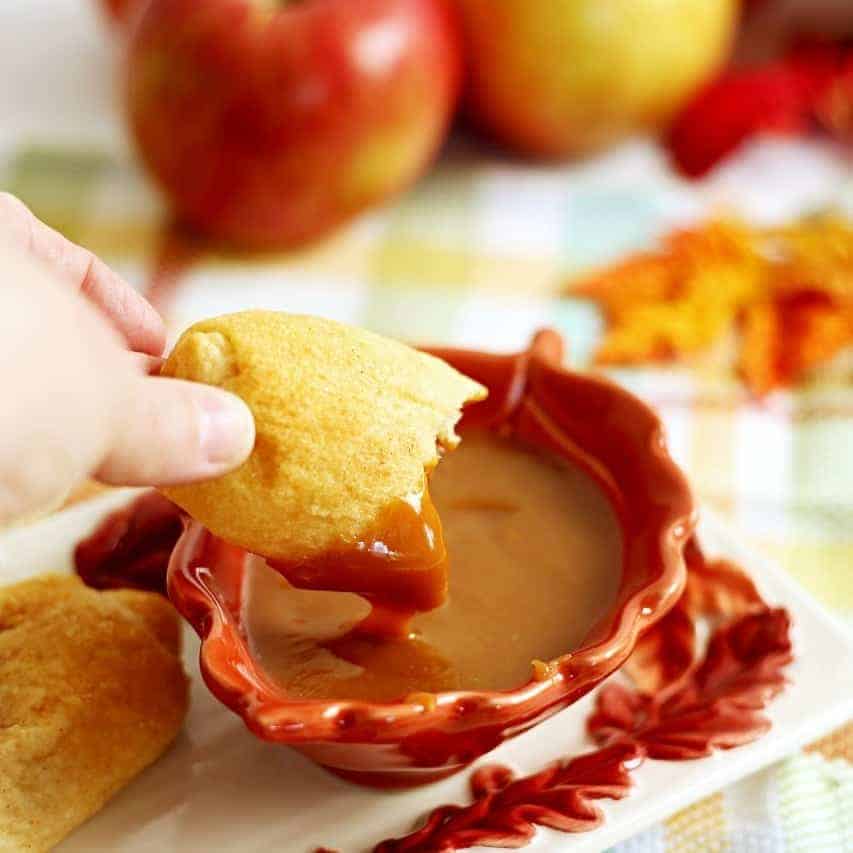 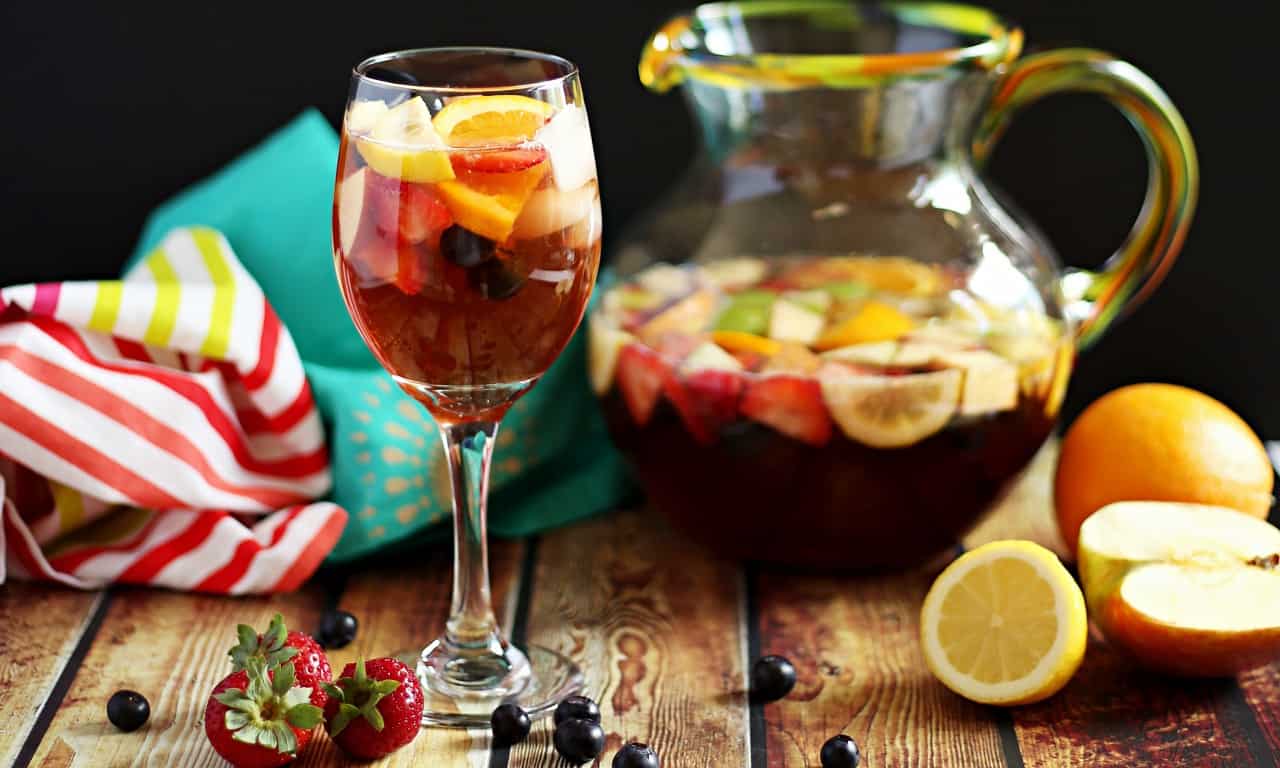 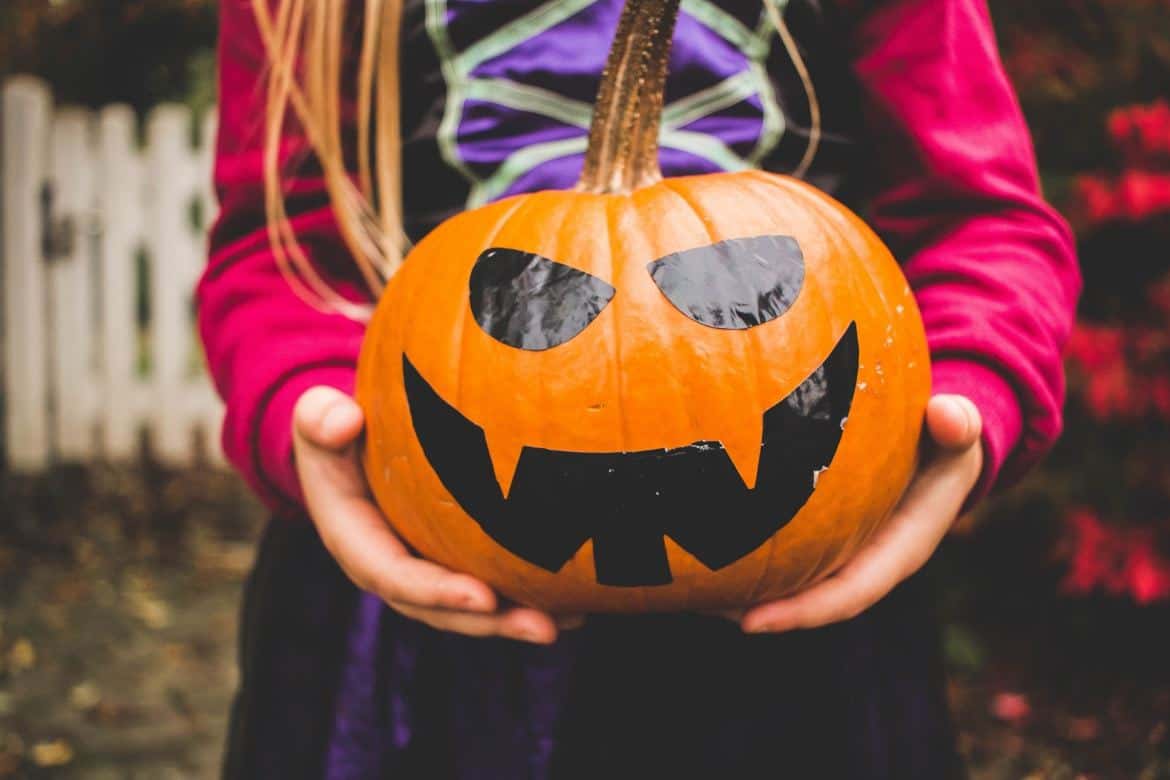