×
Home » Why I Chose to Breastfeed. Hint: Because I'm Lazy
79shares

The breast versus bottle battle will never end, and neither will the negative comments toward both breastfeeding and formula feeding moms. For some reason, how we feed our children is a hot-button issue that really shouldn't be. As long as a baby is fed, that's all that should matter.

Sure, there are many benefits of breastfeeding that are a big part of my decision to breastfeed. But, with my second child, I chose to breastfeed because I'm lazy. Yup. It's true. As someone who has both breastfed and formula fed my first child, I opted not to offer formula to my second child at all out of sheer laziness. 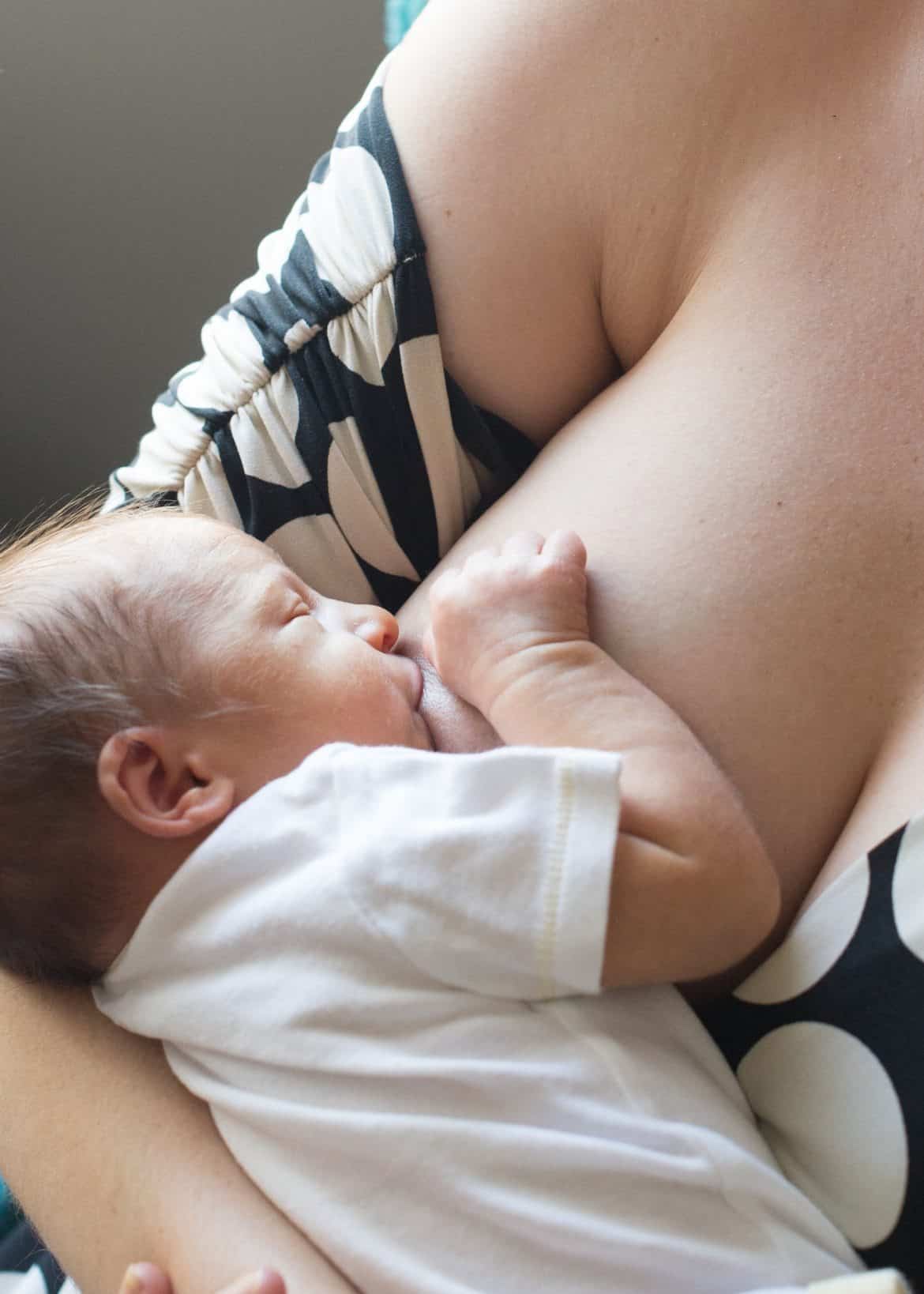 I remembered those early days with a newborn baby, especially the nights. I am one of those people who bumps into walls and can barely function when I'm half asleep, so making a bottle in the middle of the night just wasn't for me. I'm lazy, so I breastfed instead.

After a while, I wasn't feeling all that supported in my desire to breastfeed, so I started to give my son formula here and there when he was about five months old. My first son was an easy baby and sleeping through the night already, so fumbling around the house half asleep was no longer a concern.

That every once in a while bottle gradually became more often. Then by the time he was six months old, I was pretty much formula feeding exclusively. Unfortunately, after a month or so, I hated it! But it was too late. I was no longer producing breast milk so I was now committed. Then the samples ran out, so it got expensive and inconvenient.

I vowed that if I ever had another child, I wouldn't use formula at all. And I kept my promise to myself.

WHY I CHOSE TO BREASTFEED BECAUSE OF MY LAZINESS: 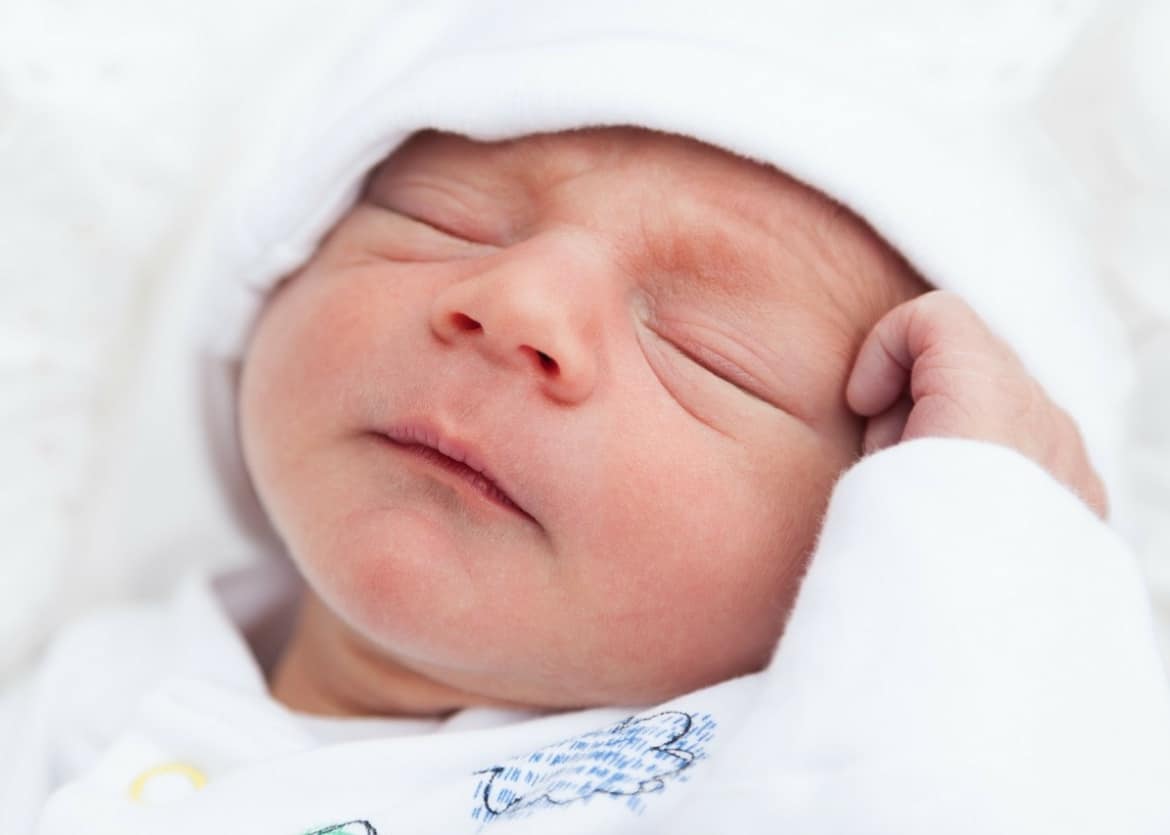 1. NO RUNNING TO THE STORE

One of the things that I loved most about breastfeeding (and using cloth diapers) is that I never had to make a mad dash to the store at 9:00 pm for formula. I had a full supply of food 24/7 so an unplanned feeding was never a problem.

When a hungry baby is screaming, it's so much easier to just whip it out instead of going to the kitchen to measure and mix formula then get it to the right temperature. While this doesn't take a long time in the grand scheme, every minute counts for me with a screaming baby.

I have trouble sleeping in general, so in the middle of the night, it was easier to get the baby, bring him to bed, and nurse him quietly while we both drift off to sleep. I didn't have to worry about trying to find my way to the kitchen, warm a bottle, and listen to the baby cry longer than I had to. After all that, I'd have a hard time falling back to sleep again.

There aren't many breastfeeding necessities. Because I didn't have to think about how many bottles I would need to bring on any given outing, I could refill my diaper bag with necessities and let it sit, waiting for me to grab it and throw it in the car for the next outing. I never had worry about not packing enough bottles, or worse, forgetting to pack them at all.

As a family, we like to go for hikes, go fishing, what have you. These places don't always have water available. I guess you could always throw a bottle of water in the diaper bag for such occasions, but I was too lazy for all that.

Does anyone out there love doing dishes? I know I don't! Think about how many times a day a newborn eats. That's a lot of extra dishes, which is even more of a pain when you don't have a dishwasher like me when both of my kids were babies. Bottles are hard to clean and sterilize without a dishwasher. More dishes = no bueno.

There you have it. Not only did I choose to breastfeed my children because I believed in the benefits, but because breastfeeding is also a great choice for lazy people. Lazy people like me. 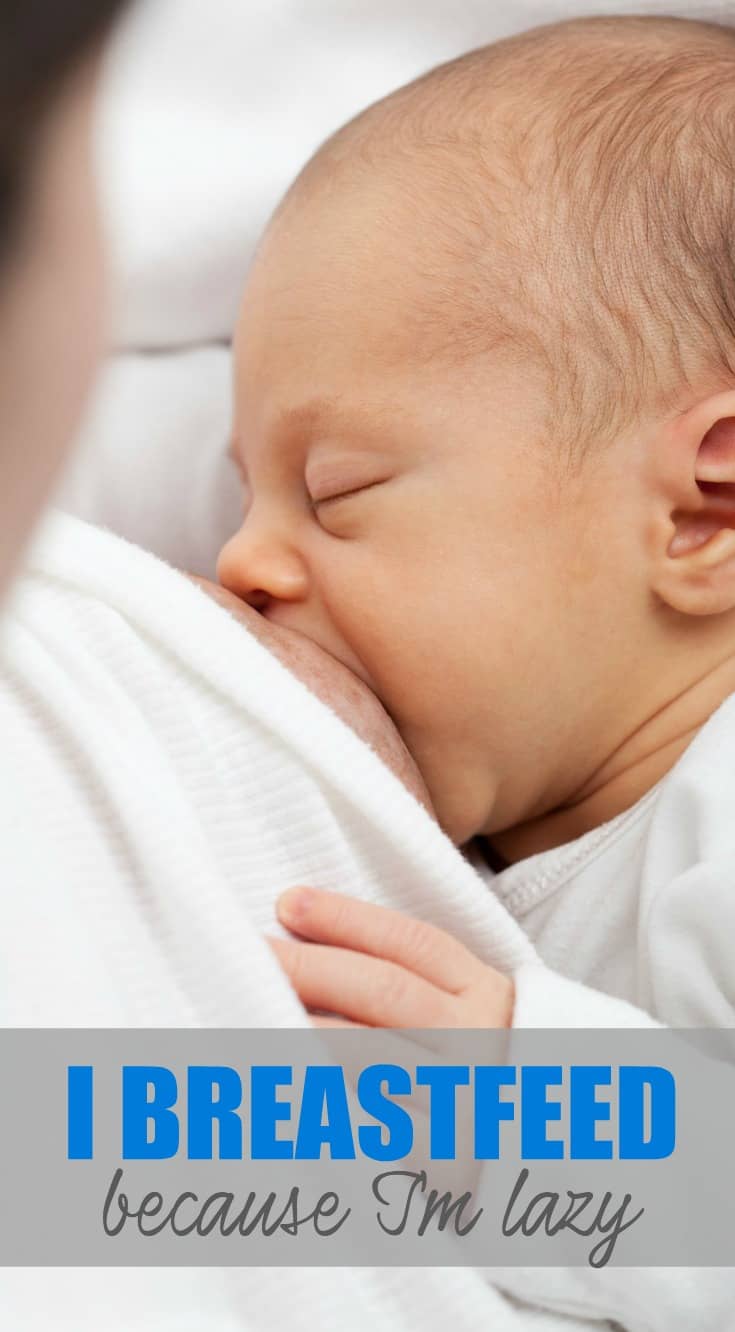