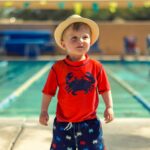 Oh, hello there! If you've stopped to read this post you may be wondering if you are also the parent of a high needs toddler. You may need some encouragement, commiseration, or even a shoulder to cry on. Welcome. You're not alone.

Having a child with high needs isn't for the faint of heart and can leave you exhausted. Believe me, I know. I have one, too. Now that toddler is nine years old and I'm still tired, but let's not get ahead of ourselves here.

My oldest son was such an easy baby. He slept through the night by four months of age and even before then he only woke up once or twice. He was very easy to soothe back to sleep when he did get up. He would nurse for a few minutes and konk right out. He didn't cry very often and transitioned from one situation to another with ease.

Even as a toddler he was easy. He would sit on the floor and build things with blocks and Legos or look at books. To this day, he has never had a temper tantrum. Not one in 13½ years. He was so easy that I've said more than once, "if I ever have another child I'm going to pay for this".

I was right. My second child was the complete opposite of the first. It wasn't until he was a toddler that I realized that I wasn't crazy and over-dramatic. He really is more difficult than a typical baby and toddler.

What are high needs babies?

I believe the first person to coin the phrase high needs was Dr. Sears. He was the parent of a high needs baby and wrote some articles and a book on the subject. These are the characteristics he uses to describe the high needs baby:

Did you nod your head while reading each of those characteristics? If so, you just might be the parent of a high needs toddler. If you're still not sure, you can take this high needs toddler quiz for more insight.

My life with a high needs baby

This may sound like most babies and toddlers but it is more extreme than typical behavior. In many ways, Dub is far more tiring than my oldest, who has ADHD. One would think that the ADHD child would be more tiring, right?

He started walking before his first birthday then started running and climbing soon after that. He is on the move constantly and he needs to be watched like a hawk all day long. Some days I feel like I have to stare at him from the time he gets up until the time he goes to bed or he does things like this.

My house is a pit, I don't get to shower until mid-afternoon, I don't have as much time as I would like to devote to the blog, and I am exhausted most days. I haven't felt well rested in almost three years.

As a baby, he never slept. He would catnap during the day in a swing or bouncy seat but never for more than an hour at a time. At night? Forget it!

But he wasn't just awake all night, he was awake and screaming most of the night. We thought that maybe he had colic but none of the other factors fit.

My life with a high needs toddler

Now that he is a toddler, he loves to cuddle, but on his terms. If he wants a hug or to sit on your lap, you'd better be ready to accommodate the little master or you'll hear about it. Most times it's a welcome diversion and a great excuse to chill out for a few minutes, but there are times when it isn't always convenient to stop what I'm doing right then to sit down for a story or a cuddle.

He is ON from the second he wakes up until he crashes. He doesn't wake up gradually either. The second he opens his eyes he starts talking or singing. There is no in-between with him. He has also more or less stopped taking naps over the past month or two. Unfortunately, when he doesn't nap we are all miserable by 6:00 pm and counting down the minutes until bedtime. He yells, whines, has tantrums, growls, refuses to eat, will change his mind on a dime, and is just generally unpleasant. When he has a nap he is a totally different child. It's fabulous!

The tantrums. Oh, my. Tantrums are new territory for me since my oldest has never had a tantrum in his life. Seriously, he was so easy! But Dub has at least one a day. It's exhausting. We're not just talking about yelling and crying for a few minutes. No. These are full-blown violent outbursts which include flailing around, throwing things, yelling, and unable to calm down. No amount of redirection or loving on him will calm him down. Instead, he just needs to ride it out on his own.

The good things about having a high need toddler

In addition to be difficult, he is very smart, funny, sweet, and cuddly when he's in a good mood. Thankfully his bad spells don't last all day. Some days are worse than others but for the most part, his moods cycle throughout the day. Yes, we have some hard moments, but we have lots of fun, sweet, awesome moments as well.

I adore him more than life itself, but I am so glad that he wasn't my first child. I was a single mom then and there is no way that I could parent Dub effectively without my husband. He is a huge help and very hands-on and for that, I am eternally grateful.

It's going to be interesting to see what this stubborn, demanding, on-the-go, hilarious child will become. While he often makes me tired, I think a lot of his high need traits will serve him well in life. If his baby and toddlerhood have been any indication, he will be outspoken, confident, funny, determined, social, and enthusiastic. I think he will go on to do great things.

Are you living with a high needs toddler? Here, let me give you a martini.

*This post was originally written in September 2013 and has been updated.