I have always been a pickle freak and one of my kids loves them, too. To me they always seemed like a pretty harmless snack until I realized that they have food dye in them! I was surprised at the time and now I feel kind of silly for not realizing it earlier. Nothing in nature is that weird yellowish-green color.

So to eliminate the dye I decided to try making my own. I tried several recipes and came up with the perfect combination for us and it really couldn't be easier. 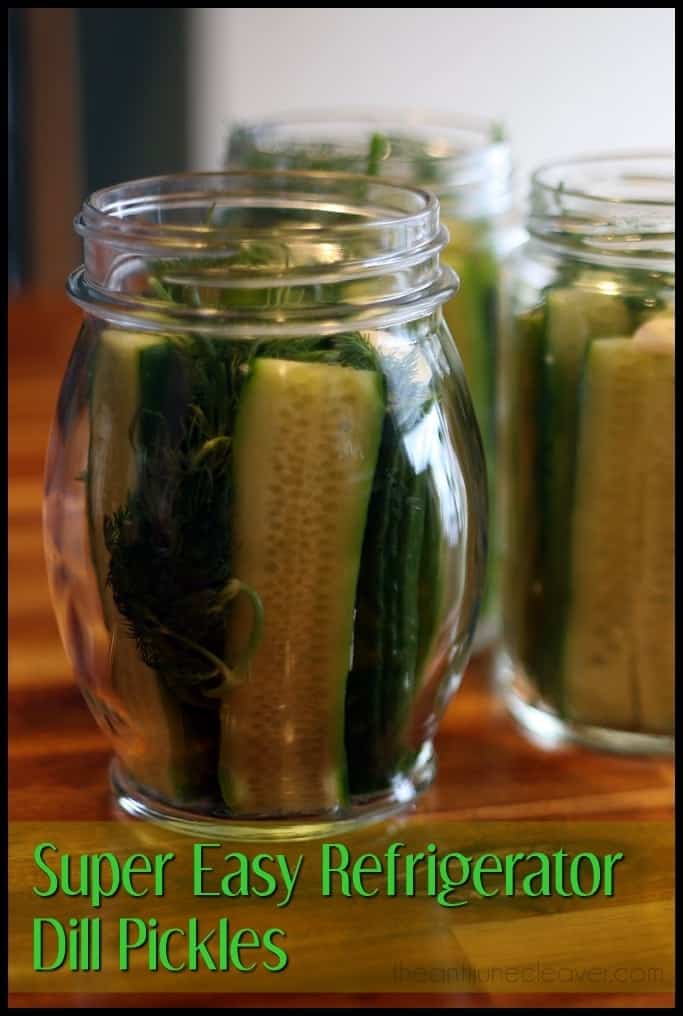 Cut the mini or pickling cucumbers in half or quarters and put them in a jar along with some sliced garlic cloves and fresh dill. (I bought jars at TJ Maxx as well as used some leftover grocery store pickle jars)

In a saucepan bring water, white vinegar, sea or kosher salt, pickling spice, and sugar to a boil. Once it boils let it cool before pouring it into jars with your soon-to-be pickles.

Let sit in the refrigerator for about a week before eating. 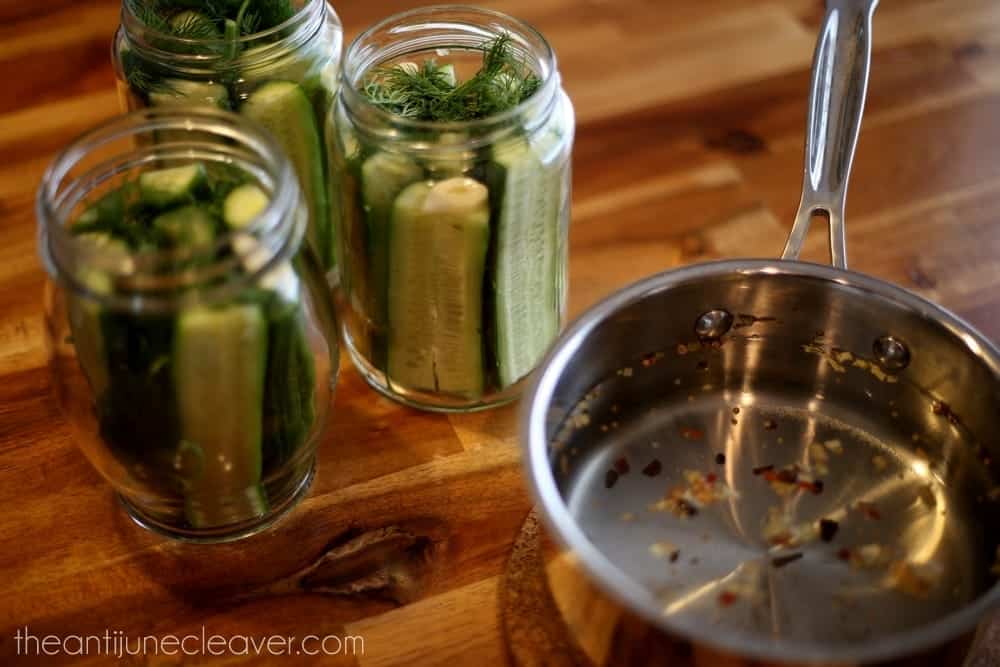 For the size of my jars this recipe makes three of them so for me I use a total of 6 garlic cloves and 2 packages of fresh dill.

291shares
Previous Post: « After One Month of Using Scratch Wireless {Update} #MC
Next Post: Taking the Fear Out of Menstrual Cups with the Sckoon Cup {Review} »