Home » Have a Family Game Night to Bond with Your Teen
This post may contain affiliate and/or referral links. Please see my disclosure page for more information. 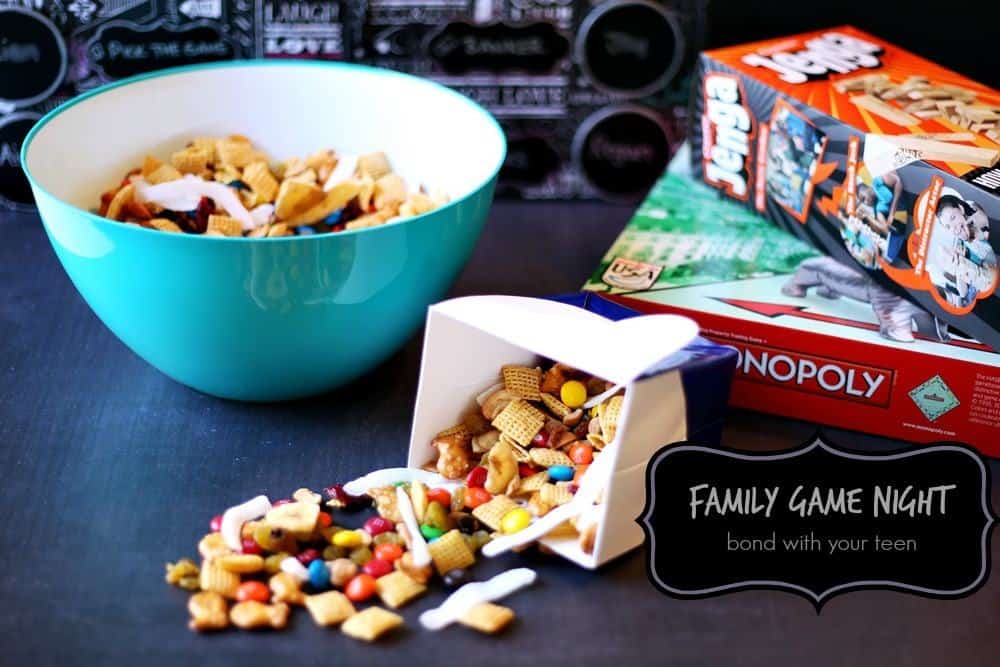 Have a Family Game Night to Bond with Your Teen

This shop has been compensated by Collective Bias, Inc. and its advertiser. All opinions are mine alone. #GameNightIn #CollectiveBias

Raising a teenager is sometimes a tricky business. I am very lucky that my 15-year-old isn’t rebellious and is generally a good kid but connecting with him can be hard. He is at that age where hanging out with mom isn’t cool and talking to me about real stuff is even less cool. I am often met with one-word answers and grunts. I remember being fifteen myself and I know these days will pass and he will talk to me once again, but until then I have found one thing that opens up the lines of communication a bit. 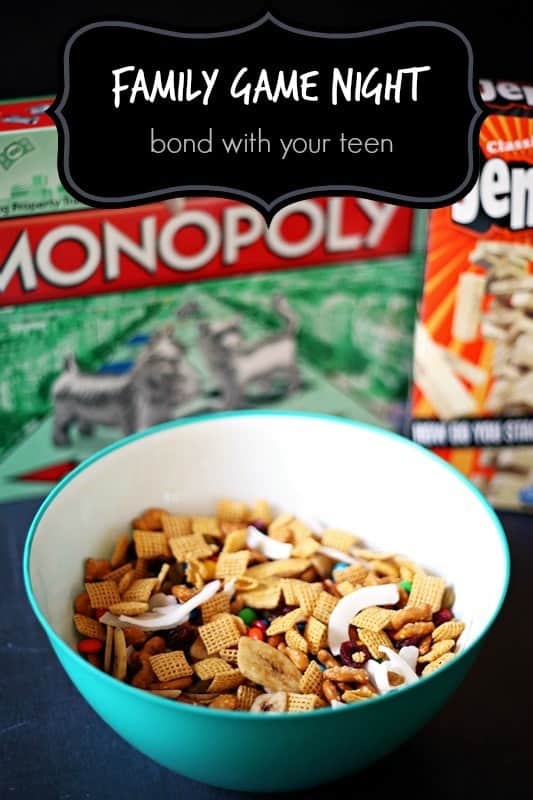 It seems as though Red should still be in grade school but here he is, a Sophomore in high school. The clock is ticking and before I know it, he’ll be off to college and then living on his own. I need to savor these last few years that he will be in our home.

He enjoys playing games with us and it’s a great way for us to connect and catch up so I’ve wanted to start having family game night regularly. We play games together sporadically but last Friday we had our first official game night. Red and I made trail mix together and then The Husband joined us after Dub went to bed. 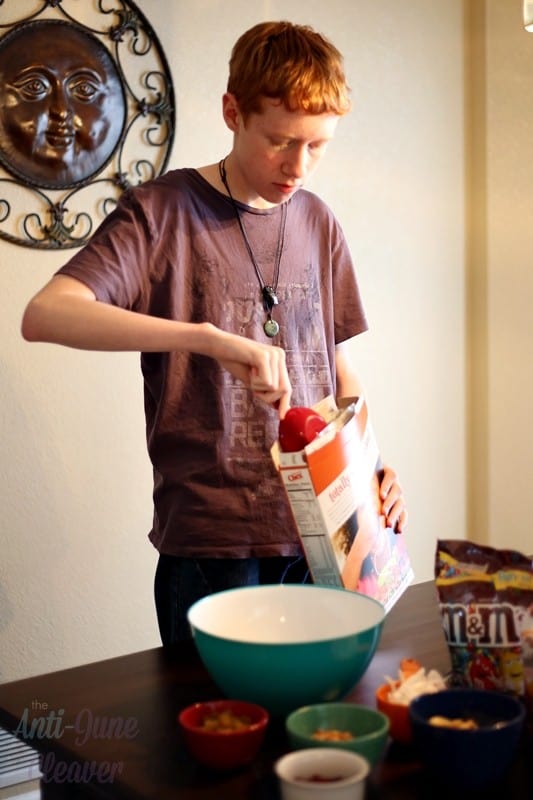 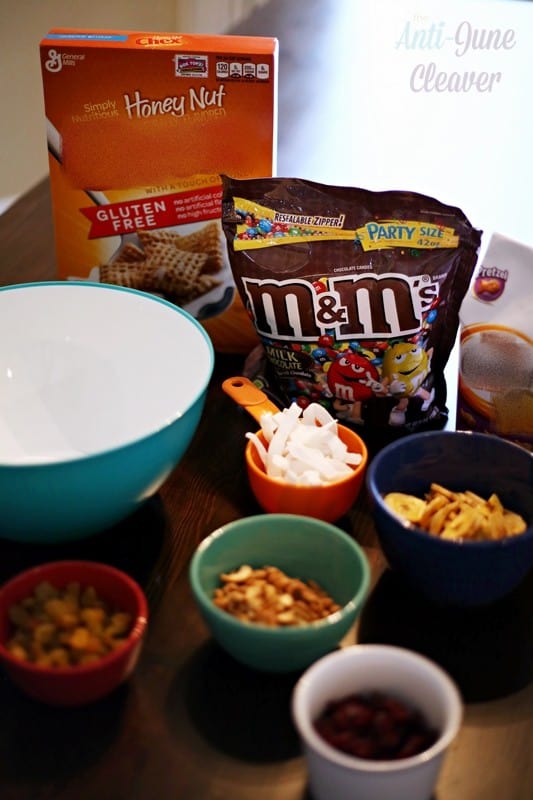 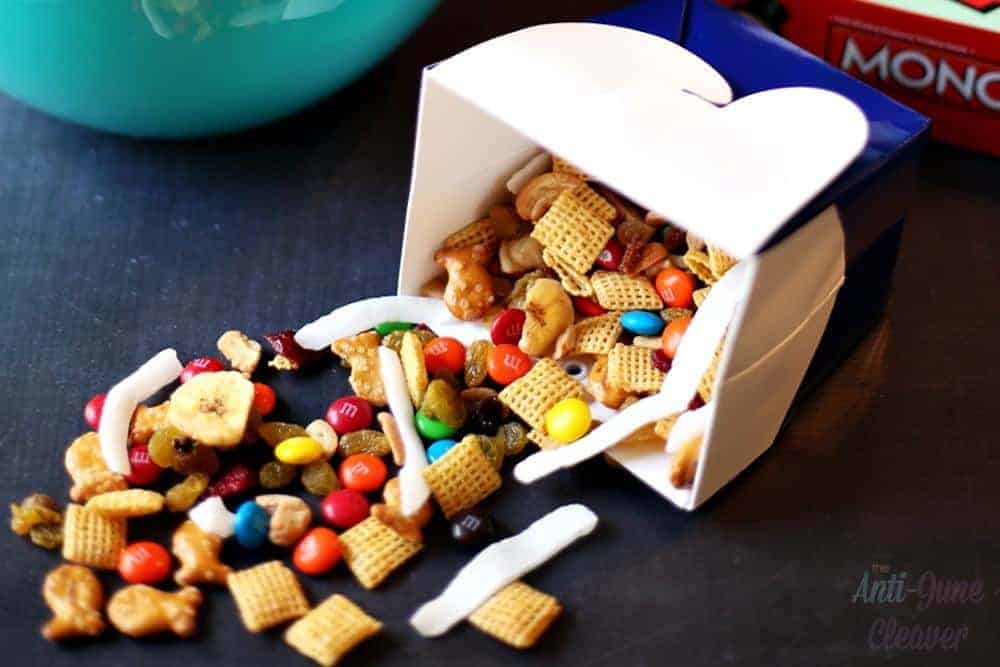 Now that we had our snack, because no game night would be complete without snacks, Red decided that Monopoly was going to be the game of the evening. 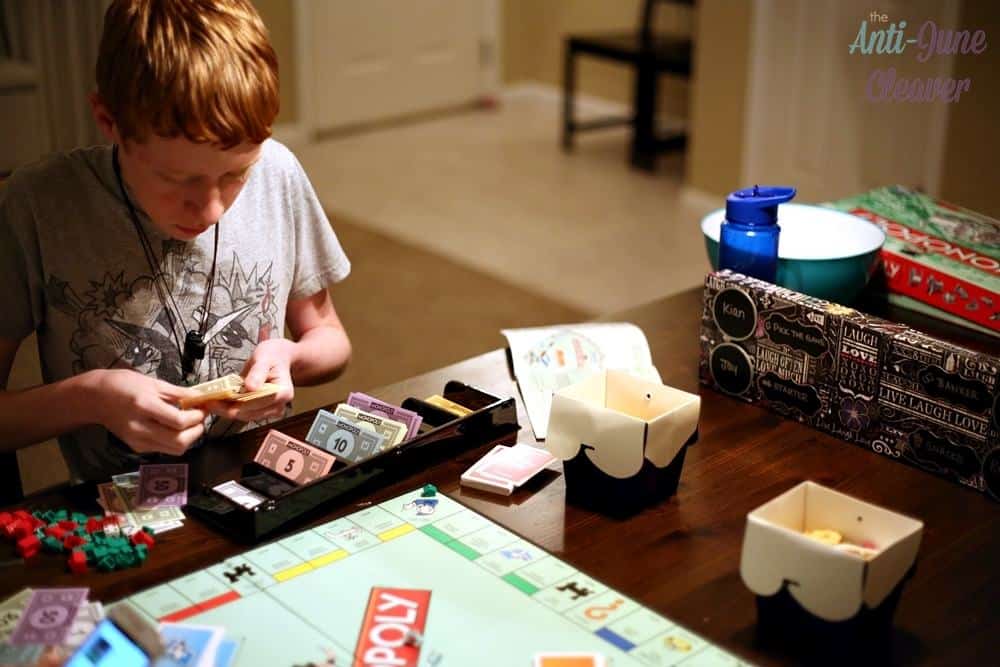 These days we are all so connected to cell phones, laptops, and tablets (I’m guilty here too, especially with my work) that we don’t talk as much as we probably should. Introducing game night is a simple low-tech way to have some time to actually talk to each other. As we played we had a chance to catch up with him and talk about his day, school, a little friendly gossip, and family stories that he hadn’t heard before. We will definitely be doing this more often! 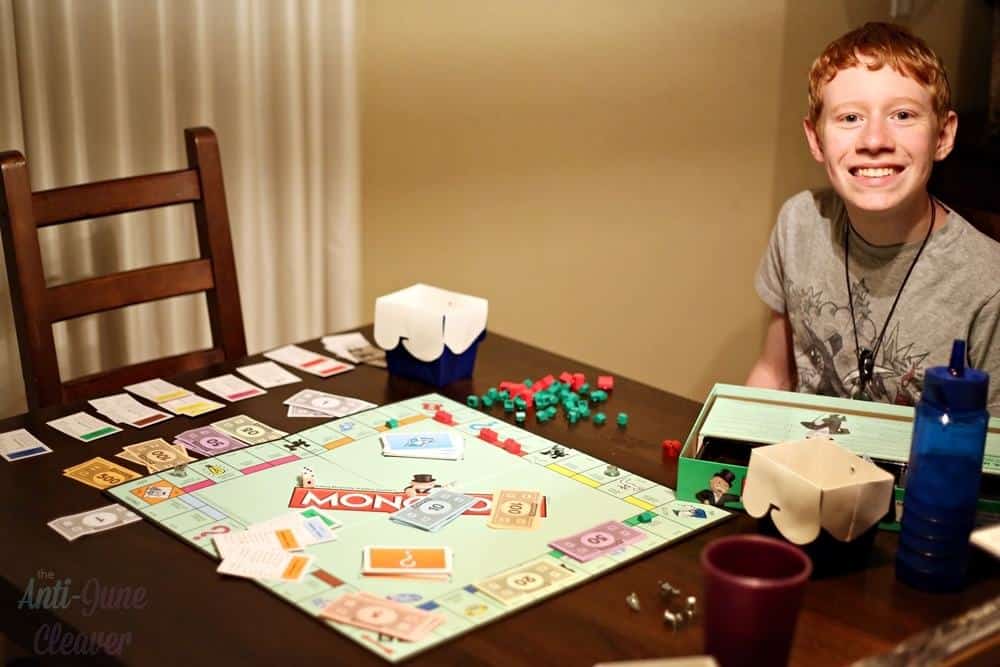 Even though he didn’t play with us, four-year-old Dub also helped with game night. He helped me pick out the supplies and paper for our board (I would have chosen something more understated, but don’t tell him that) and he helped apply the Mod Podge. Our game night board will hopefully be an argument buster because with this we choose who will pick the game, who will start the game, who will be the banker, and who will be in charge of snacks before the game has started. For instructions on how to make your own game night board, check out my downloadable instructions here: Family Game Night Board Tutorial 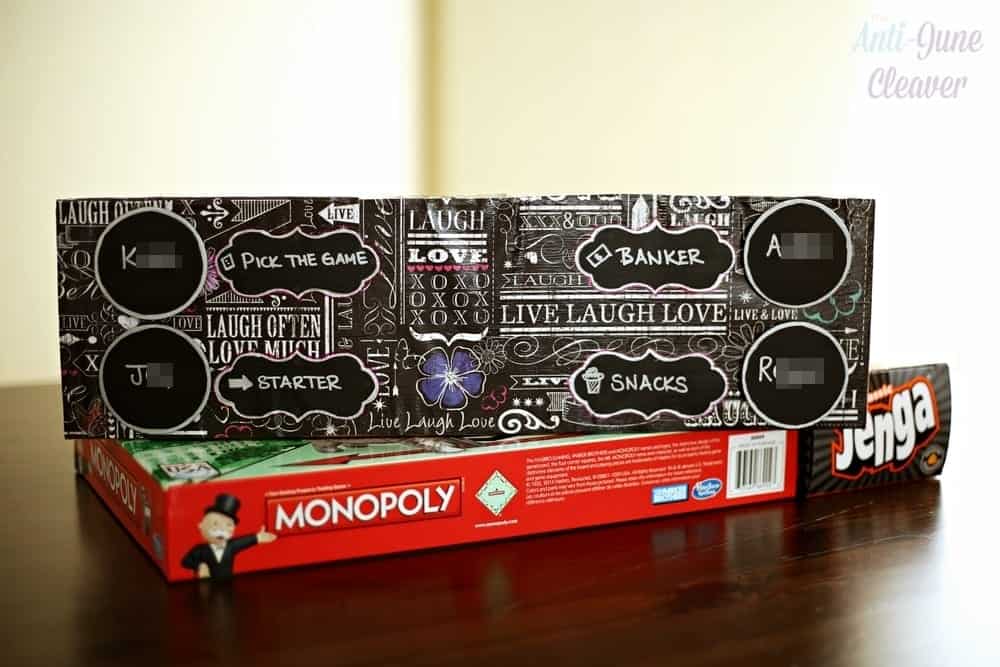 Do you want to start your own game night tradition? We started ours at Walmart. We found Monopoly and Jenga from Hasbro® in the game aisle in the toy section. We then found plain M&M’s® in the candy aisle which sparked the idea of making our delicious trail mix. Download your $1.00 of M&M’s® coupon to make your own trail mix. 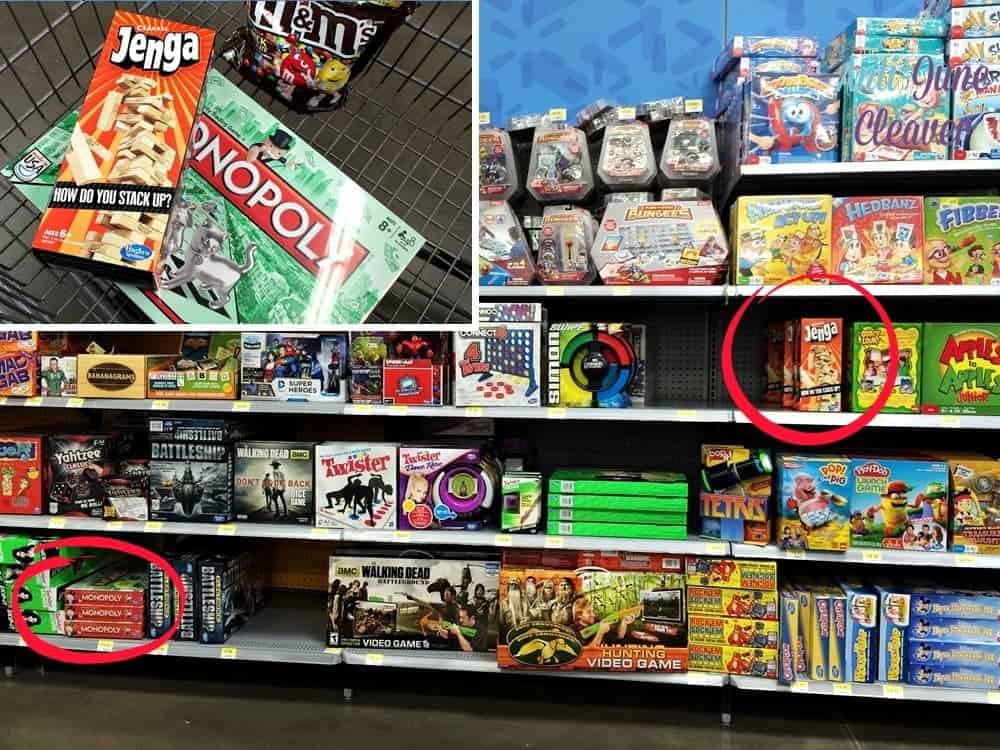 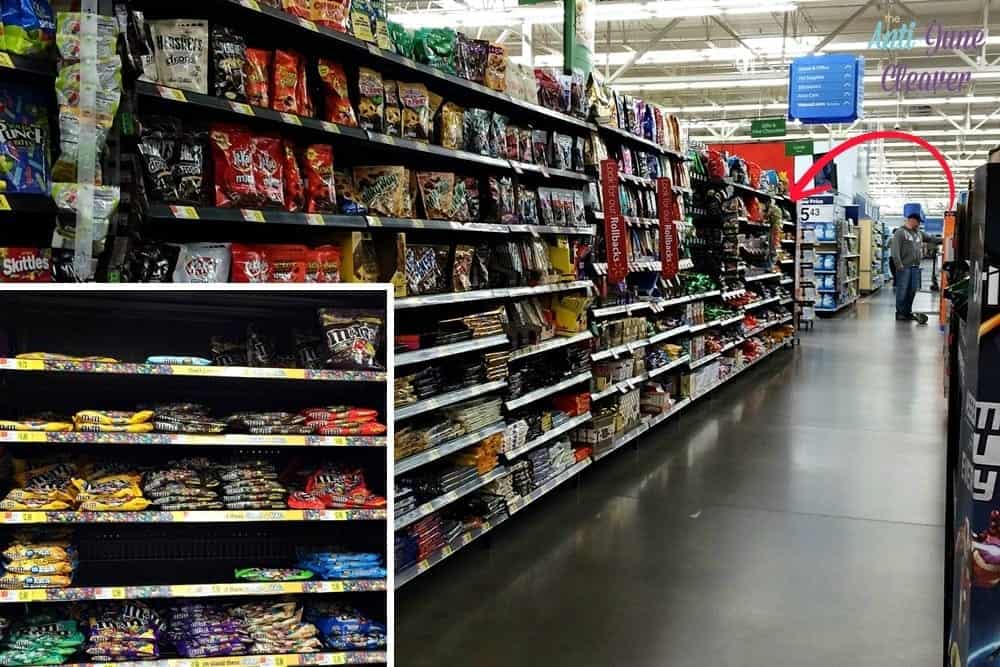 Since we had so much fun I am now looking for new games to play. Do you have a regular family game night? What is your favorite game to play?

How to Take Better Blog Photos