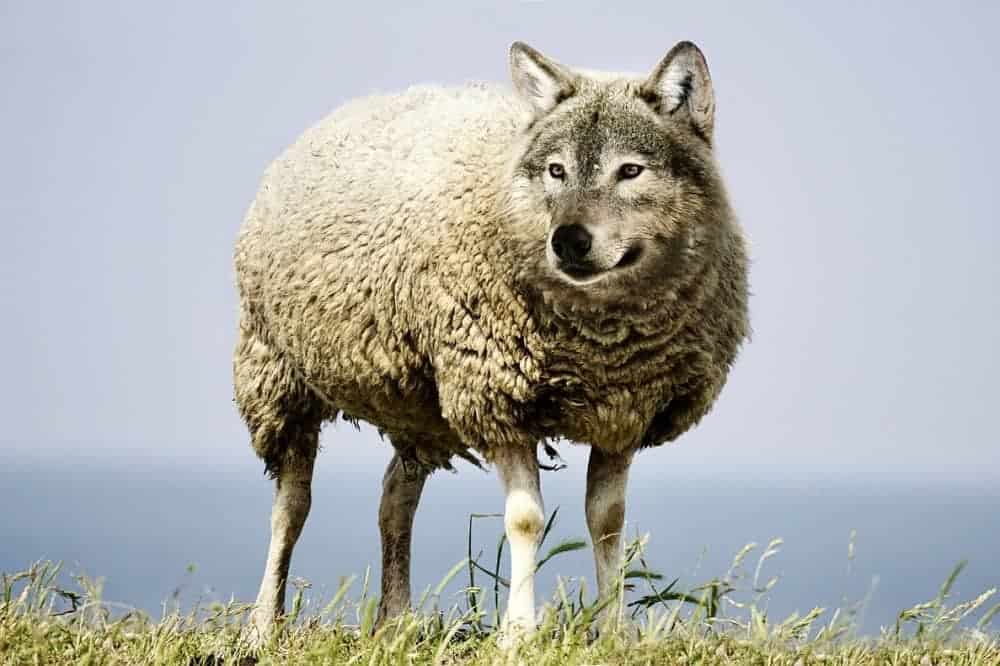 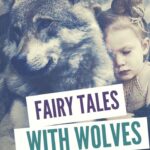 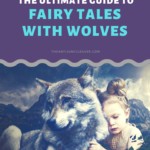 When you think of fairy tale bad guys, who do you typically think of? Probably either the evil stepmother or the big bad wolf. There are many fairy tales with wolves that most of us know as well as the back of our hands, and even more that we don’t.

Fairy tales with a wolf in them are some of our most well known and beloved stories. Whether you are looking for a list of funny fairy tales or a classic fairy tale list, there is something here for everyone.

In this article
[show]

The wolf in fairy tales is depicted as manipulative and dangerous. He is either outright menacing or disguises himself as a good guy in order to trick the protagonist into thinking he’s something he’s not. Wolf symbolism in fairy tales is often that of a cunning predator, an intruder in the home, and a threat to humans. In fables, the wolf is typically a beast of prey.

Wolves are highly intelligent, efficient predators in the wild and giving them the human characteristic of being the bad guy in a story is an effective plot device. The big bad wolf archetype is used a lot in fairy tales, but is it a fair stereotype of the majestic wolf? 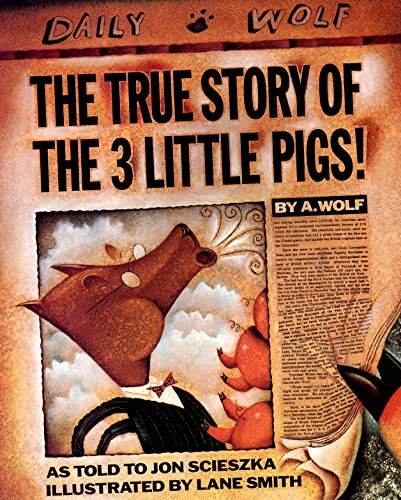 The True Story of the Three Little Pigs

There are always two sides to every story with the truth being found somewhere in the middle. Finally, we get to hear the wolf's side of the story in this funny fractured fairy tale retelling of The Three Little Pigs. 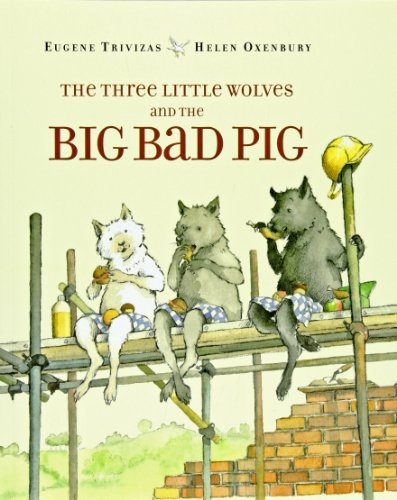 The Three Little Wolves and the Big Bad Pig

This fractured fairy tale flips the story around. This time, three little wolves go out into the world to build themselves a house, but they are no match for the big bad pig. Thankfully a flamingo with a wheelbarrow saves the day. 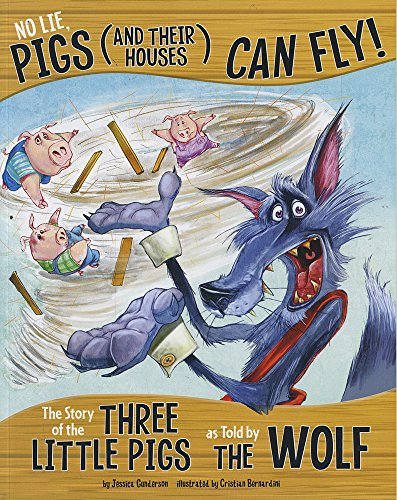 No Lie, Pigs (and Their Houses) Can Fly!

Another story told from the wolf's point of view reveals that it was all a misunderstanding. The wolf didn't mean any harm, he just has UBS (Uncontrollable Breathing Syndrome) which causes big gusts of wind when he breathes. 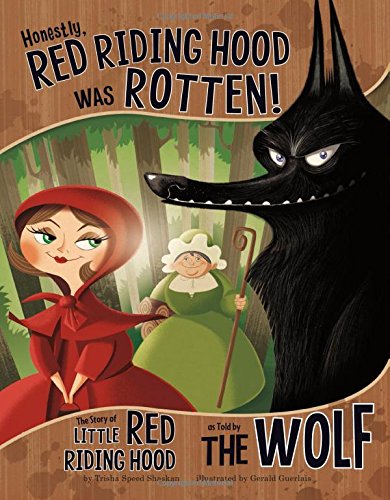 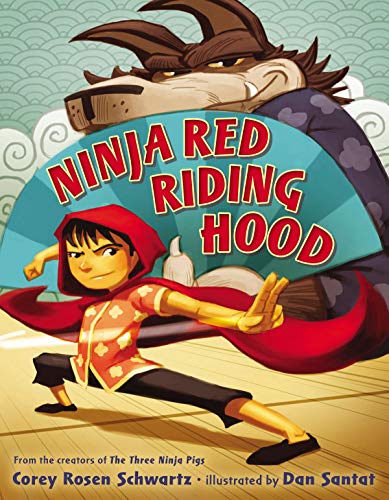 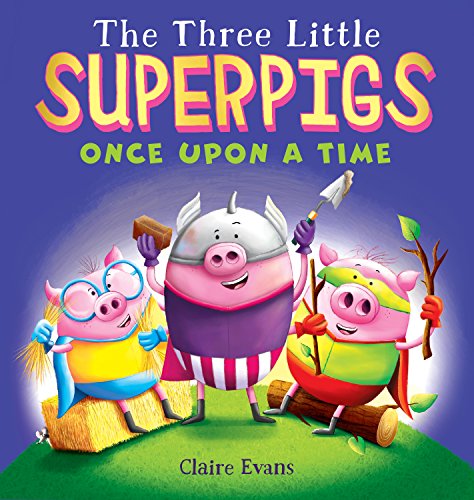 The Three Little Superpigs: Once Upon a Time 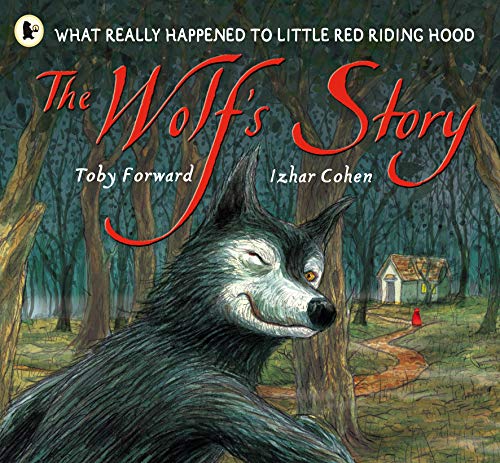 Everyone knows there are more than two sides to every story, and if you believe in the wolf, there's a logical explanation for everything. As our antihero tells it, it all starts with the helpful wolf doing odd jobs for Grandma. 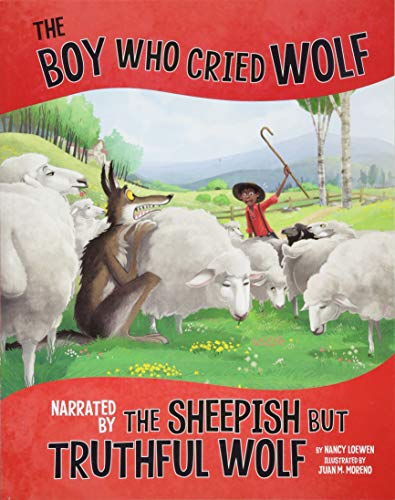 The Boy Who Cried Wolf, Narrated by the Sheepish But Truthful Wolf

The Wolf shares his point of view and gets candid about the boy who cried in this fractured version of a classic Aesop's fable. 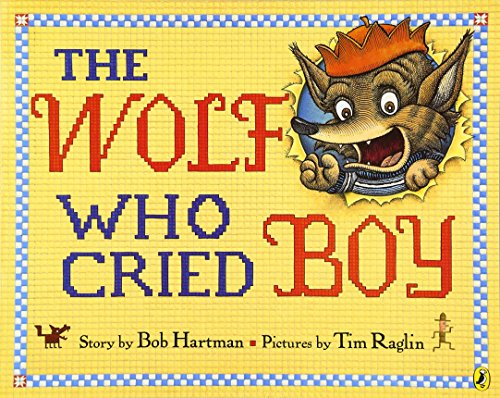 The Wolf Who Cried Boy

Little Wolf is tired of his mom's cooking and he wonders why they never have his favorite meal anymore: boy. One day, on his way home, Little Wolf cries, "Boy! Boy!" and his parents come running to find the boy, but one is nowhere to be found. The little wolf's parents find out he was playing a trick and when a real boy comes along, no one believes him. 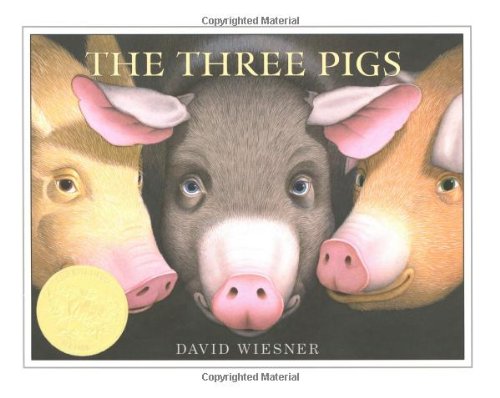 While the three pigs collecting materials to build houses of straw, sticks, and bricks, the wolf’s huffing and puffing blows the first pig right out of the story . . . and into the realm of pure imagination. Find out what happens when The Three Pigs takes you to a fantasy universe.

The difference between fairy tales, fables, and folktales

Many of the stories we think of as fairy tales are actually folktales or fables. All three are similar, but they do have some definite differences.

What is a fairy tale?

A fairy tale is similar to a folktale but it has been written down. They often take place in a magical realm and will include humans as well as supernatural beings like wizards, trolls, giants, and witches. There isn’t a moral per se, but the hero will “live happily ever after”.

What is a fable?

Aesop’s fables are the fables we are most familiar with. A fable is a story with a moral lesson where animals and plants are given human characteristics.

What is a folktale?

A folktale is closely related to fairy tales and fables, but it is typically a story that has been handed down for generations. Instead of being written down in book form, it is often told orally.

Little Red Riding Hood – There are many adaptations of this Little Red Riding Hood story which tells the tale of a young girl who travels through the woods to visit her grandmother. Along the way, she meets a greedy and hungry wolf who wants to eat the food in Riding Hood’s basket. After telling the wolf where she is going, the wolf tells her to pick some flowers for Grandma and then heads to Grandma’s house, arriving before Riding Hood does. The wolf eats the grandmother or locks her in the closet, depending on the version. Riding Hood arrives at Grandma’s house to find that she looks different and questions her on her appearance and voice and is then chased (or eaten) by the wolf, later to be saved by a passing woodsman.

The Wolf and the Fox – The Wolf and the Fox is a fairy tale by the Brothers Grimm. The story involves a greedy, gluttonous wolf living with a fox. The wolf makes the fox do all his work and threatens to eat him if he doesn’t otherwise comply. The fox then devises a scheme to rid himself of the wolf for good.

The Wolf and the Seven Young Kids – Also known as The Wolf and the Seven Little Goats and The Wolf and The Seven Little Kids. An old mother goat goes off to find food for herself and her seven young kids, but before she goes she leaves her kids with a warning. While the mother goat is away, the wolf arrives pretending to be the mother goat and the kids inside ask questions for the wolf to prove he is their mother. The wolf lies and the young kids believe him and let him in where the wolf makes a meal out of all but one. Mother goat comes back to one kid and they go in search of the Big Bad Wolf. When he is found, his belly is swollen because he has eaten the kids whole, so they cut open his stomach and out come the six remaining kids.

While not technically fairy tales, we sometimes lump fables and fairy tales together. The most well-known wolf fables were written by Aesop in the 6th Century BCE.

The Boy Who Cried Wolf – The story of a boy who repeatedly runs back to his village to say that a wolf is attacking the flock of sheep. Each time, the villagers come to help only to find that there never was a wolf. Finally, the boy really does see a wolf and when he calls the villagers for help, they no longer believe him and don’t come and the wolf eats the sheep.

The Wolf in Sheep’s Clothing– A wolf who can’t get enough to eat because of the shepherd tending to his flock. One day he finds a sheep’s pelt and puts it over himself to fool the shepherd and get something to eat, but things don’t end up as planned for the wolf.

The Dog and the Wolf – A hungry wolf meets a well-fed dog and compliments him on his appearance. The dog tells the wolf about his easy life and invites the wolf to join him. On their way back to the dog’s home, the wolf asks why the fur on the dog’s neck is worn. When he replies that it is from the collar he has to wear at home, the wolf then leaves, declaring that a full belly is a poor price to pay for liberty.

The Wolf and the Crane – A wolf gets a bone stuck in his throat and begged the other animals for help, promising a reward. Finally, a crane agreed to try and put its long bill down the wolf’s throat to loosen the bone. When the crane asked for his reward, the wolf replied that the crane put his bill inside a wolf’s mouth and took it out again safely. That should be reward enough.

The Big Bad Wolf in music

The Big Bad Wolf doesn’t just appear in written fairy tales. The composition Peter and the Wolf by Sergei Prokofiev is a symphonic fairy tale with a narrator who tells the story while a symphony illustrates the piece with music.

Along with the old familiar stories of The Three Little Pigs and Red Riding Hood, there are many more fables and fairy tales with wolves to introduce yourself and your children to. Along with the classics, why not try including the newer stories where the big bad wolf isn’t so bad after all. 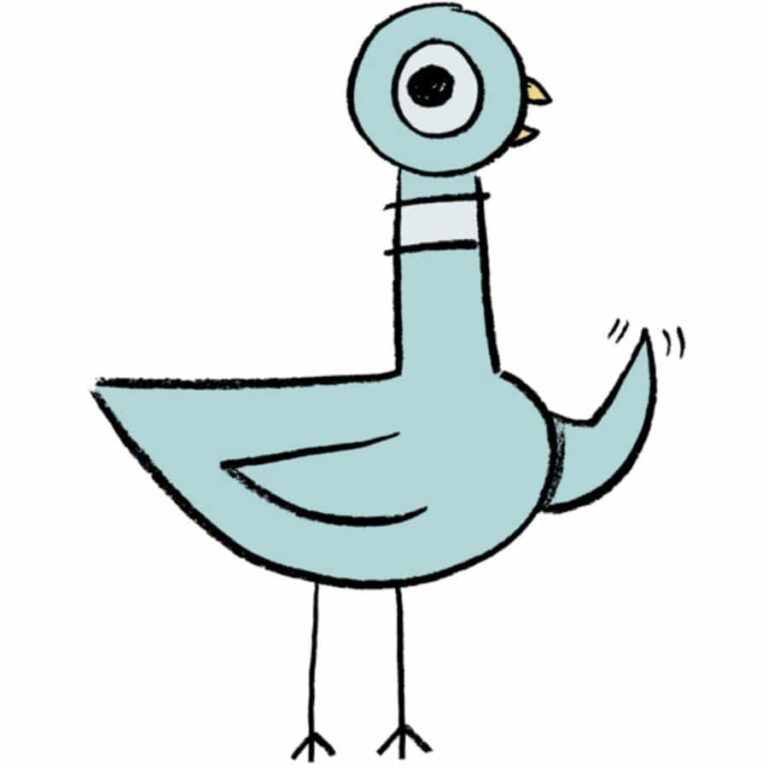 Unless you’re a time traveler from the past, you know that the Mo Willems Pigeon books are wildly popular with younger readers; especially Don’t Let the Pigeon Drive the Bus. If you aren’t already familiar with this wonderful book by this equally wonderful author, then I urge you to read these books to your kids… 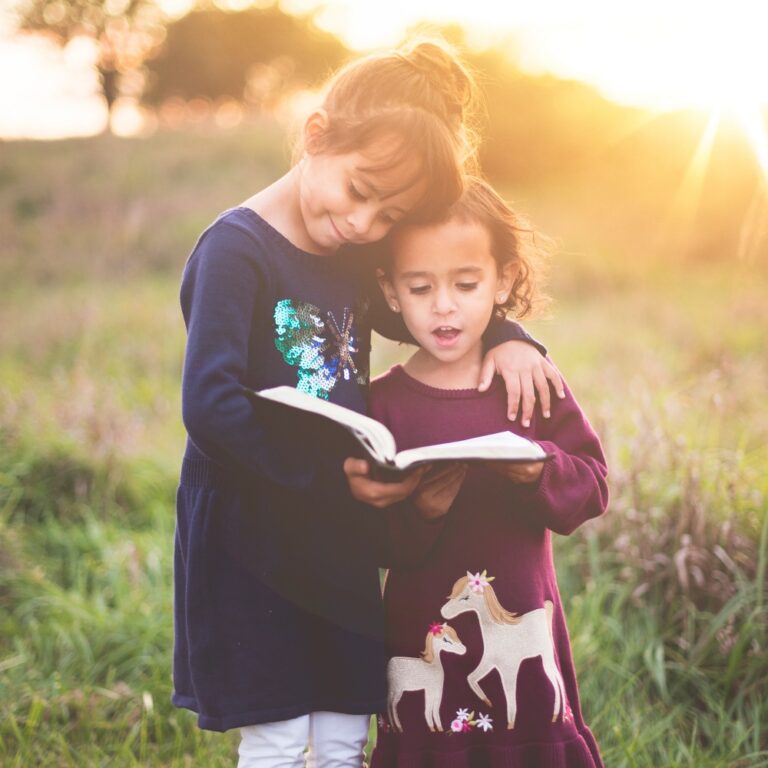 We are a house of readers. One (my husband) might even say I’m a book hoarder, but I have always felt that books are money well spent. They inspire the imagination, help you learn new things, and can be handed down to the next generation.  I always give my kids a few books for birthdays and… 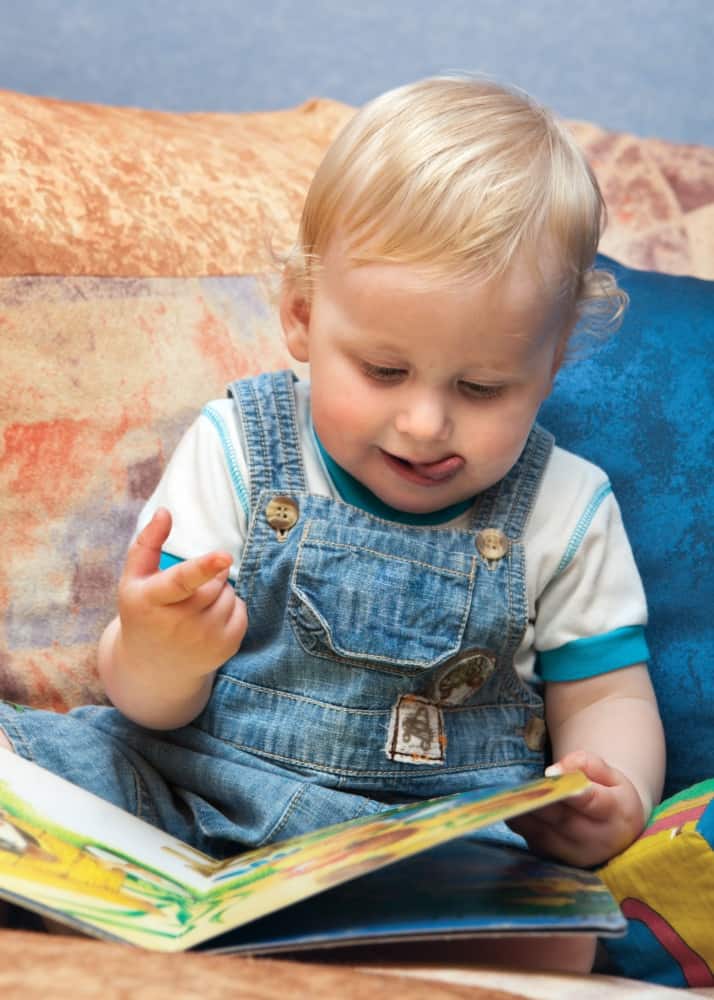 Even though they can’t read, toddlers love to look at books. These story books for toddlers will keep them engaged with gorgeous pictures and great stories. The world of books is so vast that we may miss out on a lot of great titles. Because of this I have compiled a list of books for… 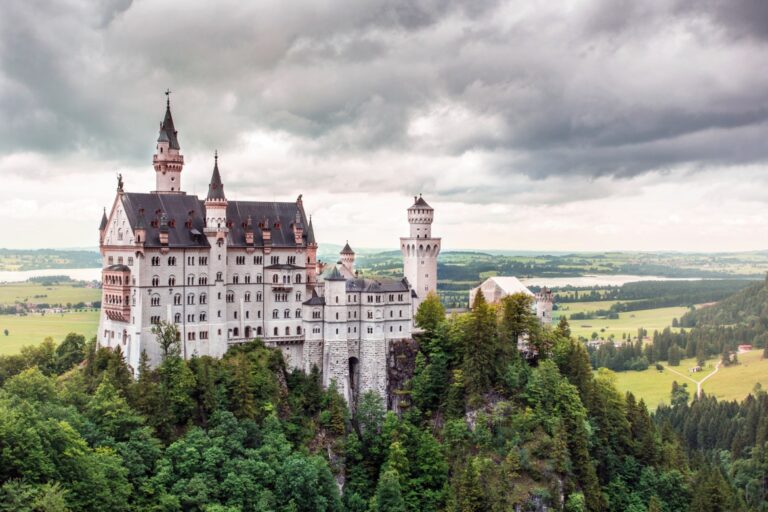 What are fractured fairy tales, you might ask? First, they are not broken. It’s just the opposite. They are familiar fairy tales that we all know and love that have been rewritten into a fairy tale parody of sorts by adding humor, satire, and/or unexpected twists. We are all familiar with old favorites like Goldilocks and… 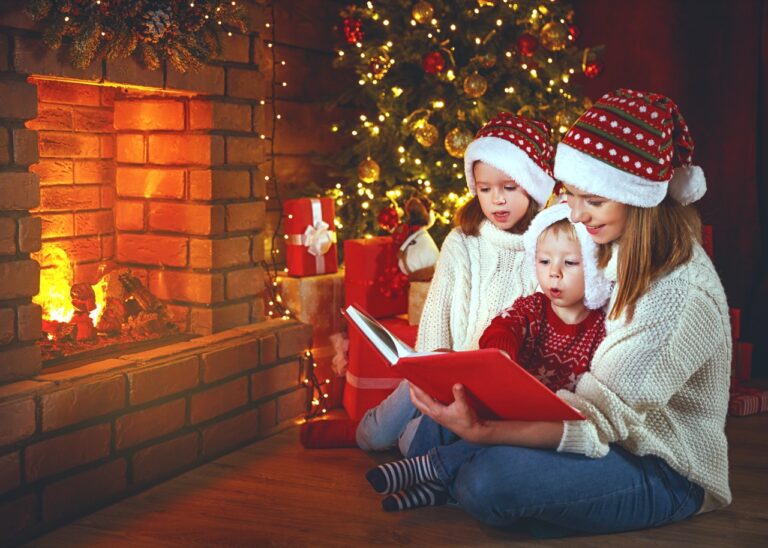 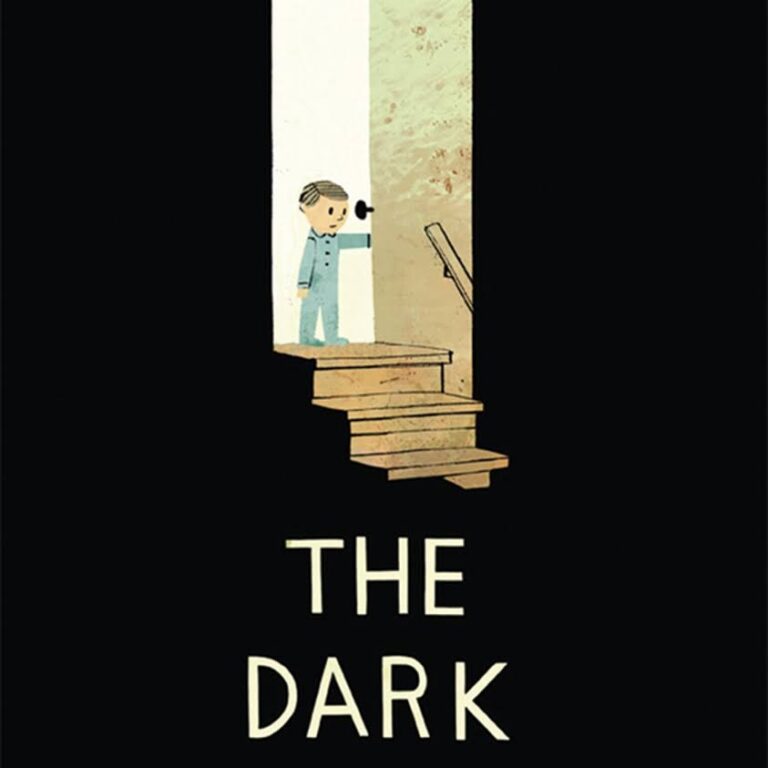 I am excited to give you a peek inside a great book we’ve recently discovered. It’s called The Dark and it’s written by Lemony Snicket with illustrations by Jon Klassen. I hadn’t heard of Jon Klassen until fairly recently and he has quickly become one of our favorites, both as an author and illustrator. I am not as…