Home » Preparing for Kindergarten with Wipe-Clean Books
This post may contain affiliate and/or referral links. Please see my disclosure page for more information. 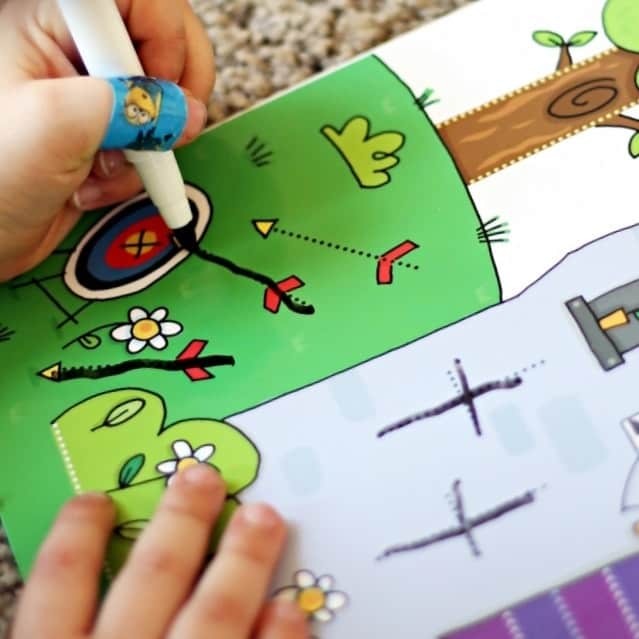 Preparing for Kindergarten with Wipe-Clean Books

I received a complimentary product in exchange for my honest review. 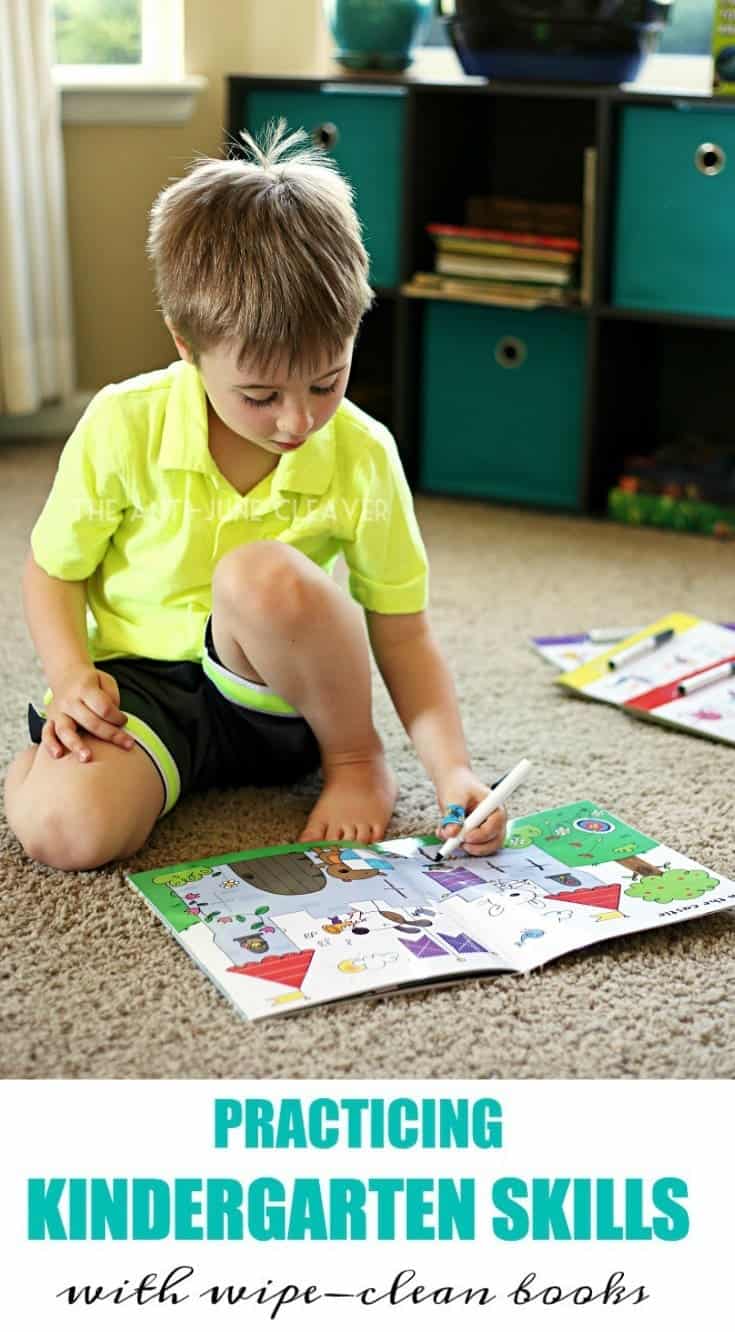 It’s hard to believe that my little man will be starting Kindergarten next month. It seems like it wasn’t too long ago I was changing diapers and now we’re preparing for real school. Time needs to slow down a little!

To help prepare us for this new chapter, we had the opportunity to review some wipe-clean books from Usborne. They have been a fun way to build on the skills he’s learned in Pre-K in order to get ready for Kindergarten. With these books, we have been practicing writing small words, telling time, and learning basic math problems. 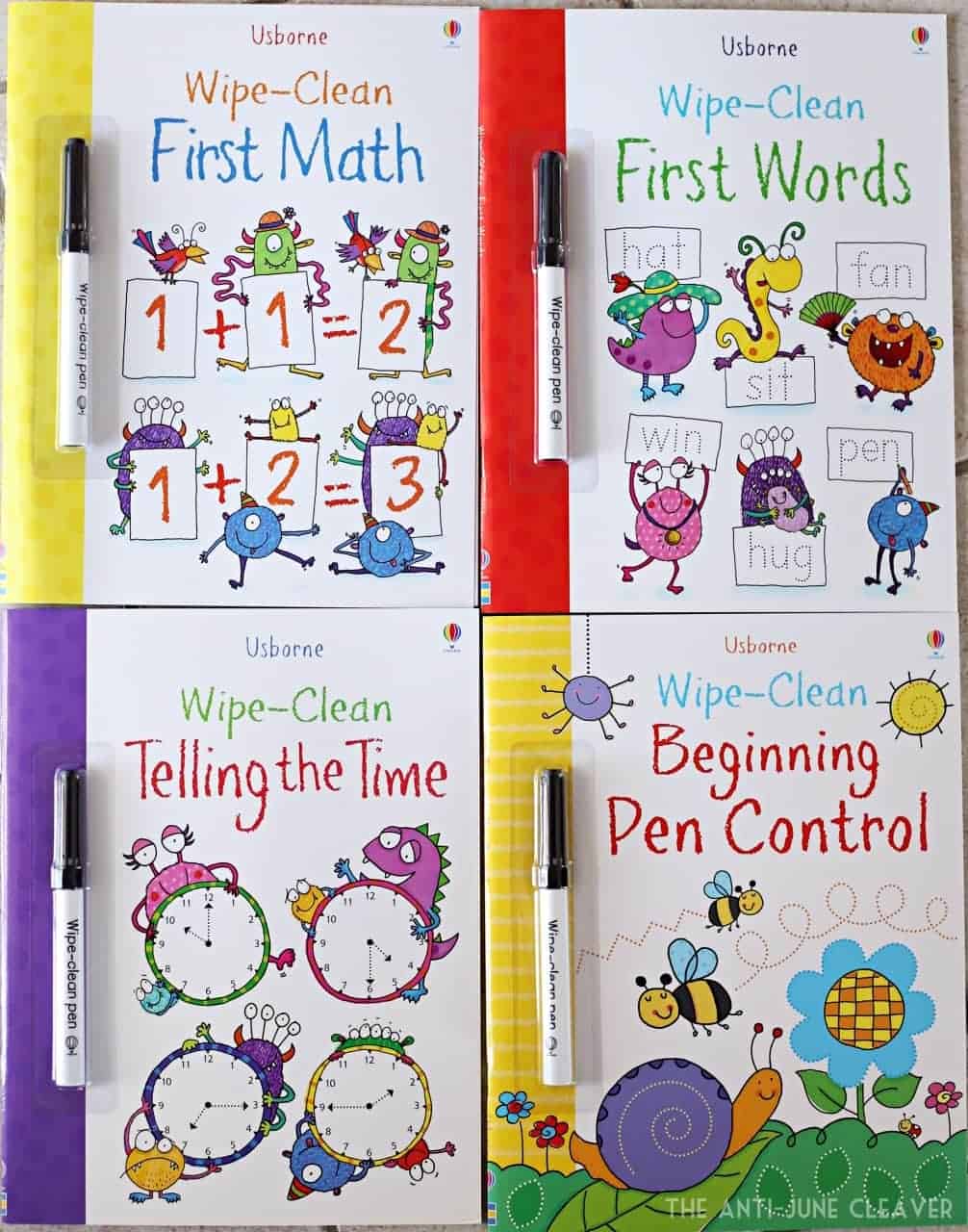 We received four books to review and each one has been a great addition to our collection.

Each book offers a new skill to practice while also being reusable. Your child will write in the book with the included wipe-clean marker, then wipe it away to practice some more.

The pictures in the books are great, too. They are bright, colorful, and engaging for little ones. He especially loves the castle themes in Beginning Pen Control. 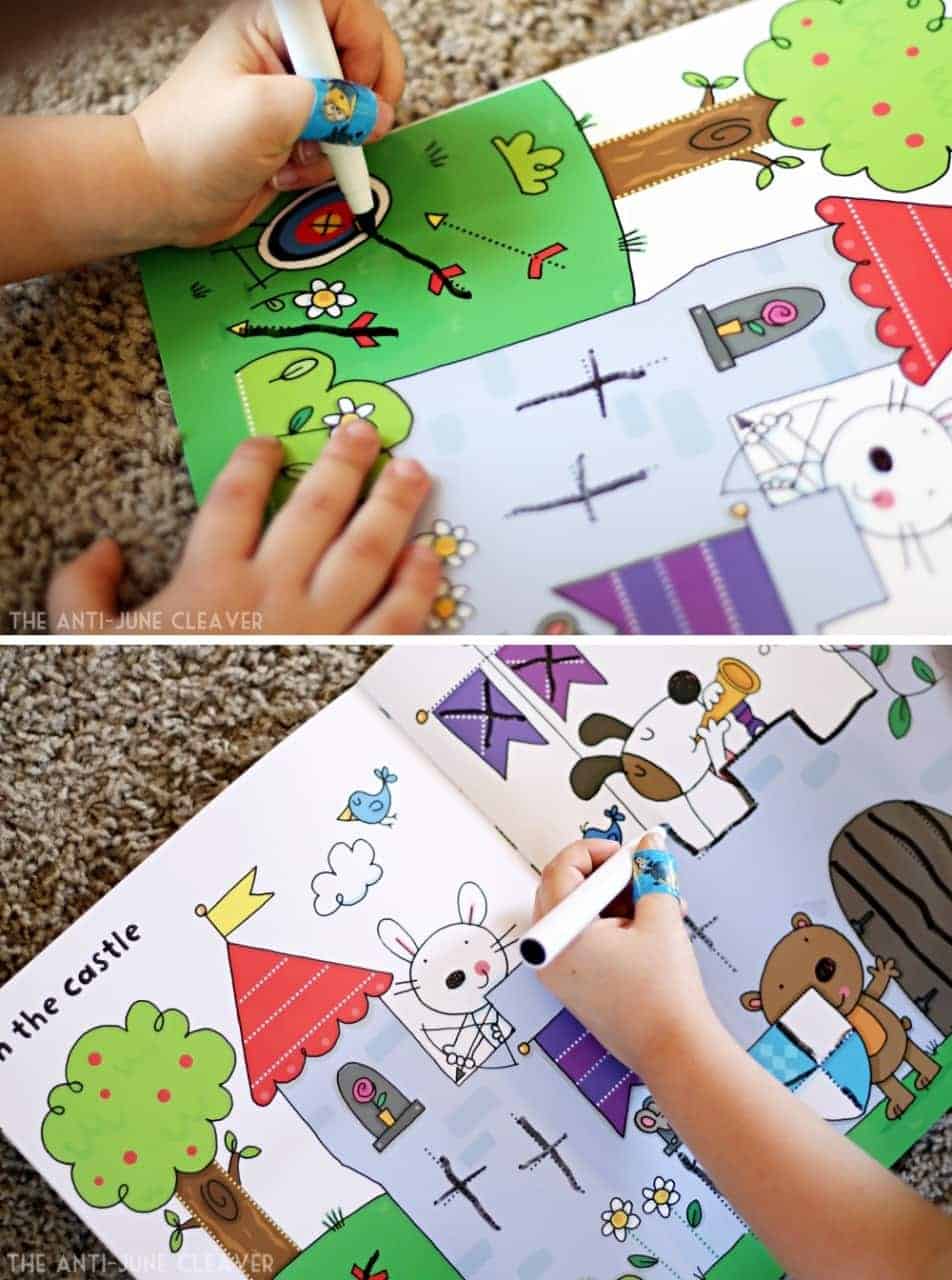 Beginning Pen Control is Dub’s favorite. It teaches kids the basics of controlling a pen by tracing dotted lines. In addition to being fun, this is a skill he will need for forming letters and numbers. He loves this one because drawing is his favorite thing to do these days and he loves the theme of the pictures in this book. 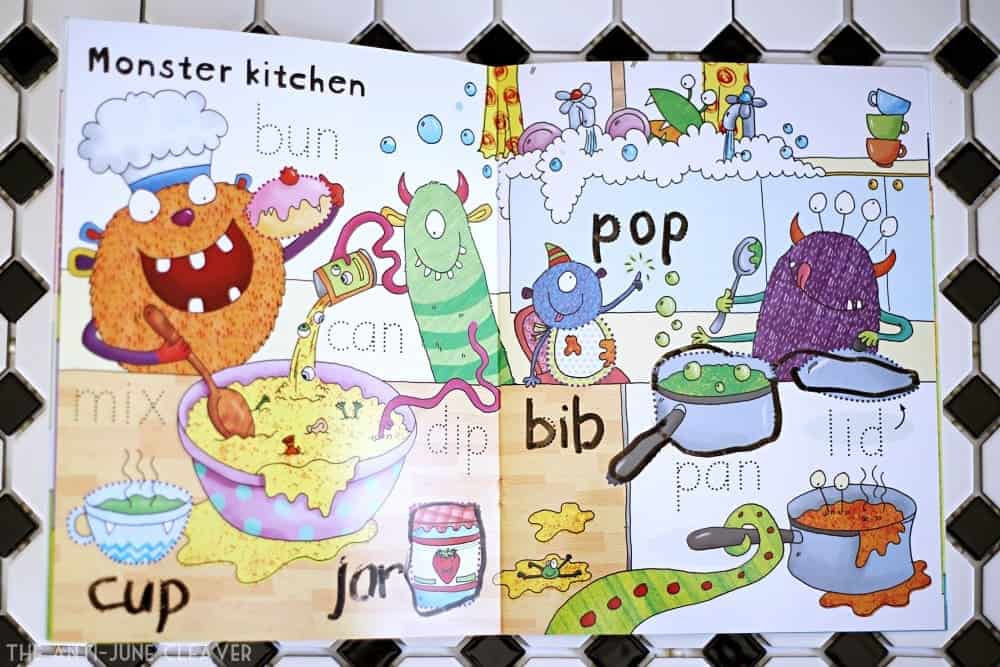 First Words is just as is sounds. There are colorful pictures with simple words on the pages to trace. There are also some more pen control skills in this book that Dub loves. 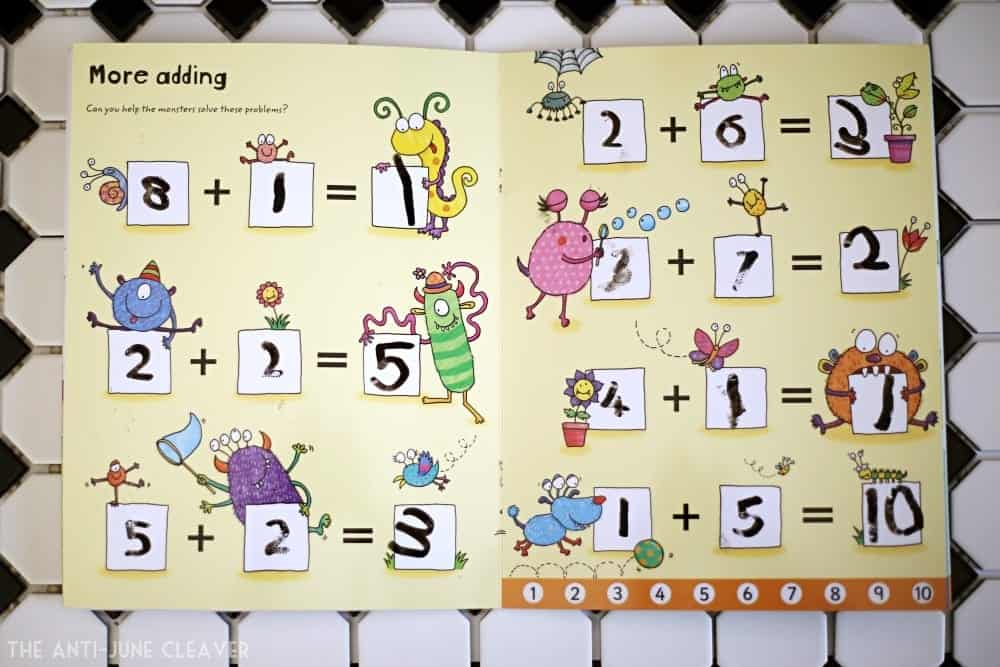 First Math is, of course, basic math skills that he will need for Kindergarten. Numbers are still a little tricky for Dub to write so this book has been giving him a lot of much-needed practice. He has been improving so much which is exciting for both of us.

Telling the Time is perfect because Dub is so interested in the clock, but telling time on an analog clock just hasn’t clicked for him yet. He can now draw the hands of the clock and write the time.

Overall, we love the wipe-clean books from Usborne. The bindings are nice quality and the artwork is cute without being cheesy. Dub uses them several times a week and doesn’t get bored with them. The only issue we have is that he is left-handed so he sometimes wipes away what he has written with the side of his hand. This is something that he will just have to get used to, I’m afraid. It’s all just part of being a lefty.

If you are looking for some fun books to prepare your child for preschool and Kindergarten, I highly recommend these books.

Spice Up Your Morning with Strawberry Jalapeño Toaster Pastries