When I think of the Fourth of July, besides barbecues, I think of swimming and you can't take your baby swimming without a good swim diaper. I have wanted to try the AppleCheeks swim diaper since I started cloth diapering over two years ago but just never got around to trying one until now. I have long been a fan of their diapers so it didn't come as a surprise that I would like their swim diaper, too.

I was given the Totally Twilight swim diaper to review for the Red, White, & Blue giveaway hop and AppleCheeks is also sponsoring one for one of you. 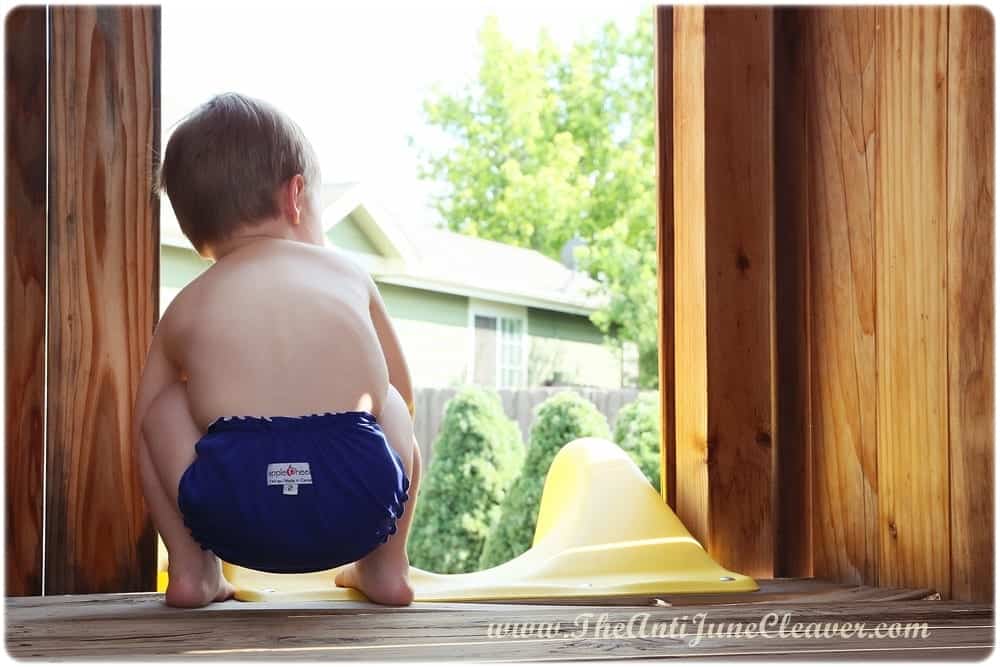 Of course the first thing I noticed was the gorgeous color. It is a beautiful gender neutral blue with hints of purple in it. To show you the true color of the diaper, here it is next to a Purple Rain AppleCheeks and another diaper that is predominantly a dark blue. I absolutely love this color for either a boy or a girl. 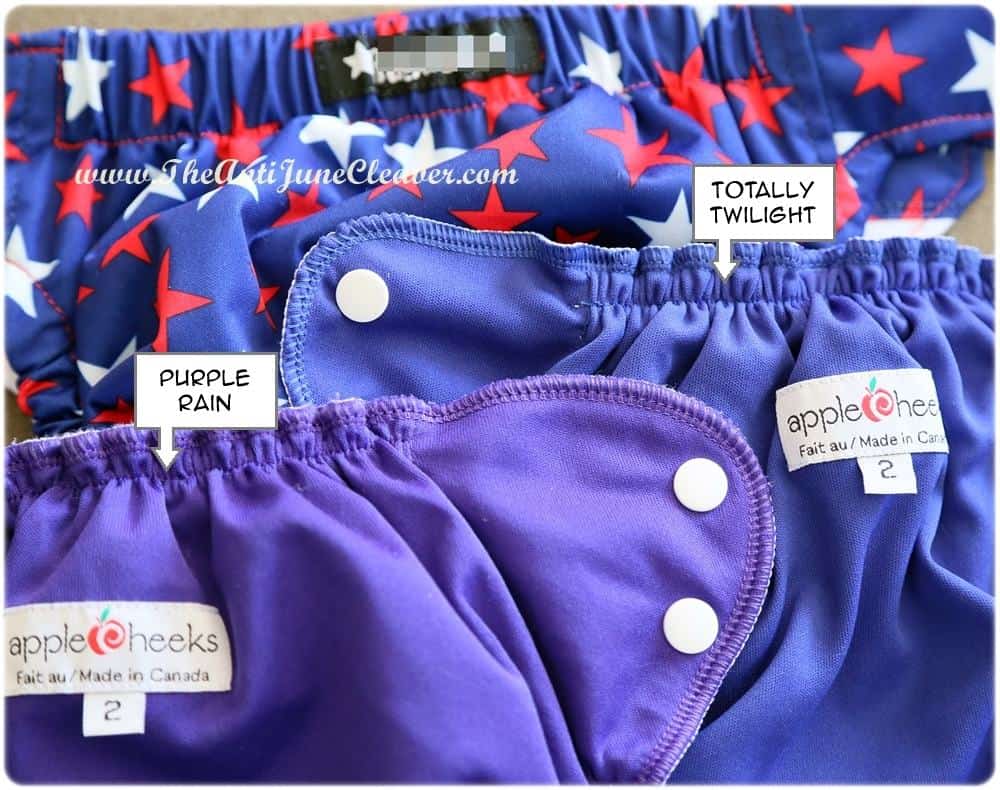 The diaper looks like a classic AppleCheeks diaper in shape and design but has a mesh lining for water to pass through.

Even though K-Dub hasn't tested this diaper to its limits yet, I am confident that it would be able to contain any mess that he could dish out. The elastics on the legs are nice and snug as are the elastics on the front and back, just like their regular diapers. 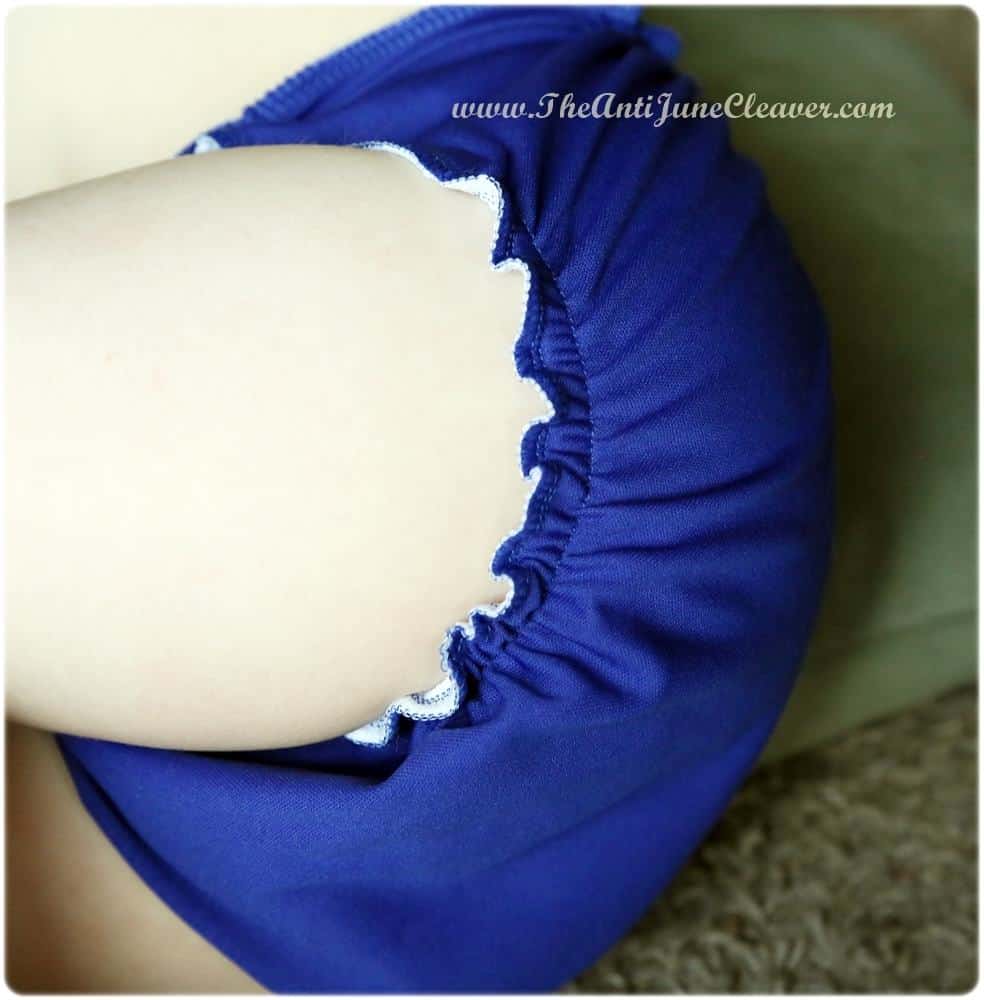 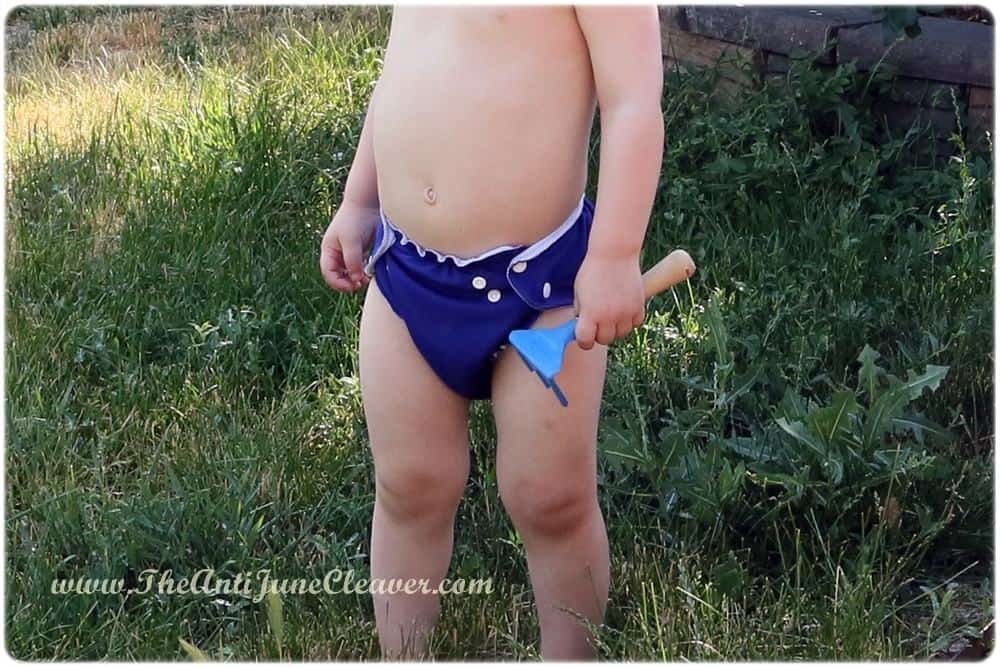 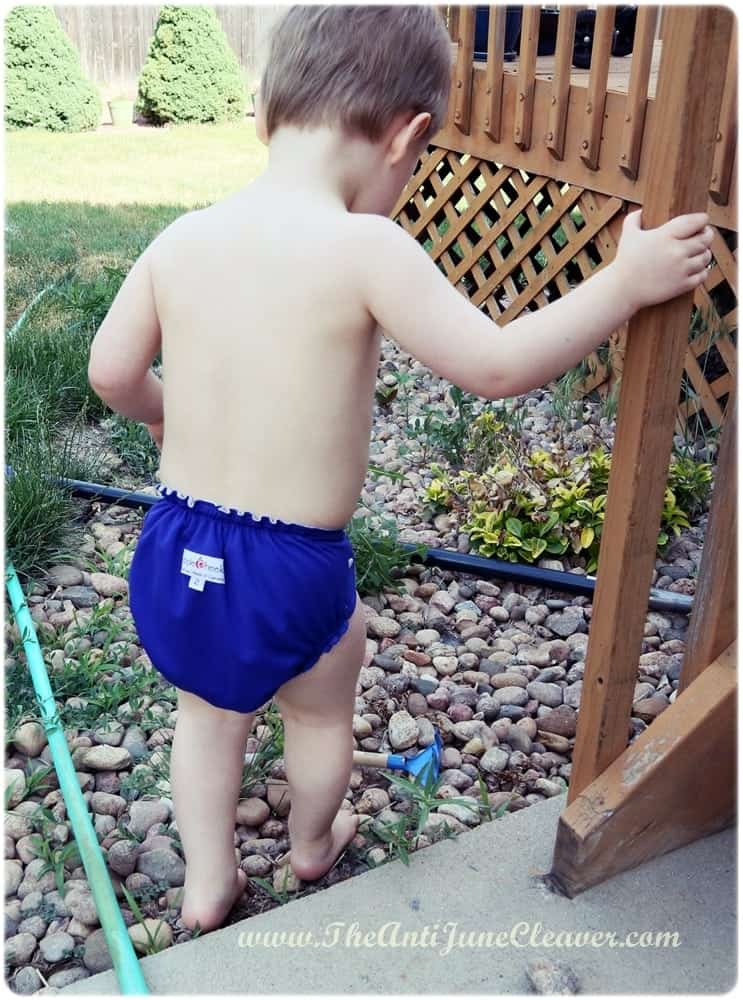 I am very happy to report that, as I expected, the AppleCheeks swim diaper didn't disappoint! I know that you will love it, too.

You can buy an AppleCheeks swim diaper direct from applecheeks.com or from Nicki's Diapers.